Stuck While Writing? Try This Brilliant Advice | The Mary Sue 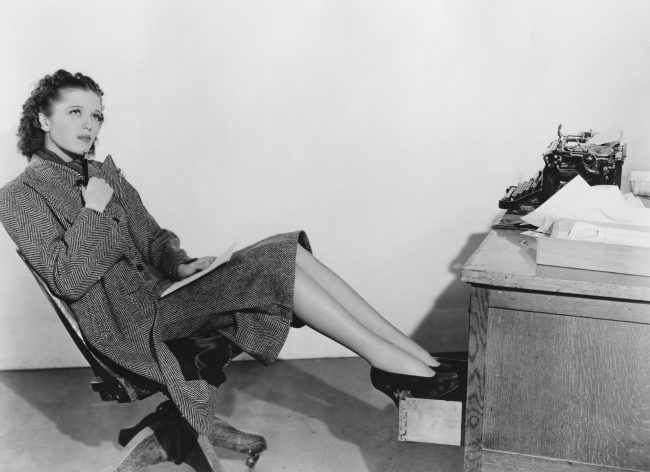 Every writer knows that while there are the blessed moments where words seem to pour forth in a magical river, sometimes the act of writing is like pulling teeth. Actually, pulling teeth sounds a lot easier than attempting to write when you’re blocked. The following approaches to getting unstuck could prove extremely helpful—I know they’ve helped me.

This advice, which was posted on Tumblr and evolved into a humorous string of posts, suggests some simple, sound tactics that can dig you out of a writing rut.

Some advice for when you’re writing and find yourself stuck in the middle of a scene:

Everyone writes differently, but I know one of my own personal hang-ups is that I want the thing to emerge as a perfect whole (when of course it never does). When I’m writing a story, I rarely skip around—if I get bogged down in the mud of one scene, I often give up entirely. It’s hard for me to remember that I’m the master of my own story domain and I’m allowed to jump to the end, to travel far into the future or back into the past, to suddenly switch perspectives, to ask “What could go wrong?” and then go there. And of course, a sudden sexy sex scene never hurts.

In addition, there’s no reason why you can’t look to outside resources like scene prompts and sentence starters to get the words flowing again. The best outside resource of all, as Danielle also highlights, is delving into the work of other writers. I’d recommend two approaches in this respect: pick up a book by someone whose writing you adore—there can be a kind of transference effect that seems to imbue you with their powers. Read Borges all day, or Bradbury, or Le Guin, or Tolkien, and you’ll soon be thinking and structuring your sentences with their assistance. Or else, try the opposite, what I like to call “revenge writing”: read something you hate and can’t believe got published, because you know you could do better, then prove it.

All of Danielle’s advice amounts to gentle nudges I definitely needed (and still do, and keep returning to). The first on her list—kill someone—is a guaranteed intriguing tactic in a story to be sure, but it’s also the part that turned this practical post into a viral bit of fun.

Special note: “Kill someone” means kill someone in the story. Please do not kill random real life passers by every time you hit a block. My lawyer says misunderstanding writing advice is not an acceptable defense. See you all in 25 to 50 years.

What’re your tried and true ways to get writing?