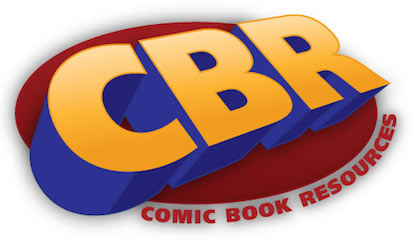 Over the last few weeks, the comics community has been embroiled in a discussion over how and why women trying to enter and exist in the comics community so consistently find it to be an unwelcoming or even toxic place. It’s not a new discussion, but it’s been particularly widespread and eventful this time around, and it’s spawned some pretty cool initiatives from folks who are hoping that there won’t be many more discussions like this. Now the comic book news site and nearly twenty year old forum Comic Book Resources, “patient zero,” so to speak, of the current wave of talk, has announced that they will be rebooting their forums in an effort to begin anew without those who wish to intimidate or abuse other community members.

There has been a negativity and nastiness that has existed on the CBR forums for too long. Two weeks ago, that long-growing ugliness became more pronounced than ever. CBR published an article by guest contributor Janelle Asselin, critiquing the cover to DC Comics’ upcoming “Teen Titans” #1. Some of you liked the article, some of you didn’t. We encouraged readers to share their feedback in the CBR Forums.

Unfortunately, what happened next was unacceptable — so-called “fans” around the Internet, on various message boards and social media, including the CBR Forums, attacked Janelle personally, threatening her with rape and assault. These same “fans” found her e-mail, home address and other personal information, and used it to harass and terrorize her, including an attempted hacking of her bank account.

All over a comic book cover critique. Just think about that for a second.

If you’re one of the people who participated in any of these reprehensible acts, my message is simple: [emphasis Weiland’s] You are not welcome anywhere on CBR, and in our opinion, you have no place in the comics industry.

This isn’t merely about those who specifically harassed Asselin: Weiland says without equivocation that the new forums will be a place with “zero tolerance for intimidation or abuse of all members of the community, regardless of gender, race, religion, sexual orientation and gender identification.” He also acknowledges his own role, saying that the face of the CBR community become one that no longer align with his values while he “didn’t take enough notice of what was happening.”

The new forums, and the community standards and rules are already up, and seem to me to be a great foundation to build an inclusive community that’s still free to snark and criticize and interact. Here at The Mary Sue, we’ve had our fair share of experience with moderating comments and threads here and elsewhere. It’s one of those finicky jobs that if you do poorly, everyone knows, and if you do well, almost no one will know you’re doing it at all (although if you’d like to hear us occasionally paraphrase the weirdest and dumbest comments that we delete, you should try following our editors on twitter). But in the fully anonymous communities of the internet, we’ve seen time and time again that proper moderation and codes of conduct are the key to creating places where a community doesn’t become limited to the lowest common denominator, the loudest, most alarming voices, or endless waves of spambots, driving the folks interested in actual discussion. Even aside from those extreme cases, we’ve also seen that communities without or with little moderation tend towards the exclusive rather than inclusive.

It’s a pretty cool thing that Comic Book Resources is doing with its community, and no doubt many members have been hoping for it for a long time. Good luck, Comic Book Resources, and in this wild place called the internet, may you only lose the folks who weren’t worth listening to in the first place.