This Guy is Attempting a World Record 24-Hour Guitar Solo, Watch it Here 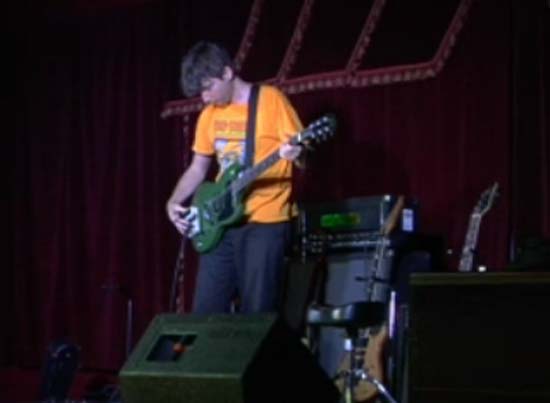 This is David Didonato as he looks at around 8 AM, EST. He’s sweaty, disheveled, tired, and his fingers probably hurt a lot. That’s because Didonato is attempting to beat the current world record for the longest guitar solo of 24 hours 18 minutes. Every once in a while there comes an event that unites a nation. This probably isn’t that event, but you can watch it live.

The event is currently underway at the Red 7 in Austin, TX. Didonato started his attempt at 6PM local time Sunday night and is set to end at 7PM Monday, taking only a five minute break every hour. Amazingly, he still sounds pretty good — if a bit dreary — this morning.

If you’re in the area and would like to stop by and watch, it will cost you $1 per hour, unless you’re truly committed to stay for the entire event, in which case Didonato will pay you $25. It’s a bit too late for that, considering we’re well past the 12-hour mark, but hopefully someone is keeping him company.