The Longest Running Experiment in the World has a Webcam, is Glacially Slow 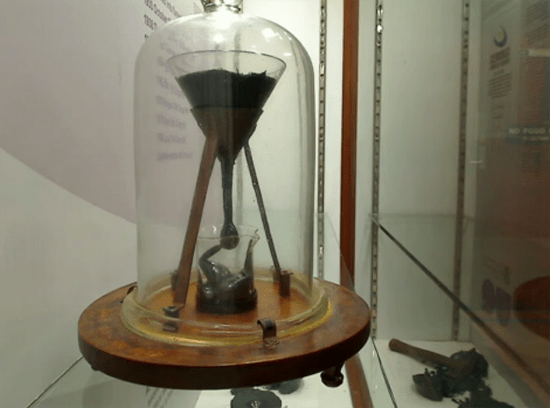 In 1927, a University of Queensland professor named Thomas Parnell wanted to demonstrate the fluidity of extremely viscous substances. To that end, he melted pitch — which is a form of tar — and poured it into a closed funnel, letting it dry for three years. Now, pitch is hard when dry and will even shatter when when struck. However, after the funnel end was cut, the pitch began to drip with agonizing slowness. And 85 years later, it’s still going.

Professor Parnell lived long enough to see the first two drops descend from the funnel, which took a total of 17 years. Since it began, a mere eight drops have made their way out of the funnel. The last occurred on November 28, 2000, but went sadly unobserved. In fact, in the more than three-quarters of a century that the experiment has been running, no one has yet observed a drop fall.

To rectify this, and to prove that if something is truly useless it will have a home on the Internet, the University has set up a webcam with its all-seeing eye trained on the pitch experiment. Now you — yes, you! — can watch with bated breath for the long expected ninth drop to fall!

You might have a long wait, though. For one thing, it has been calculated that pitch is about 100 billion times more viscous than water. If you’re looking for any tips about when to tune in, Professor John Mainstone, who currently maintains the experiment, is betting on 2013 to be the year of the ninth drop.

With the death of the Trojan Coffee Pot, the pitch experiment is the next best webcam the Internet has to offer.

(University of Queensland, The Verge via Engadget)