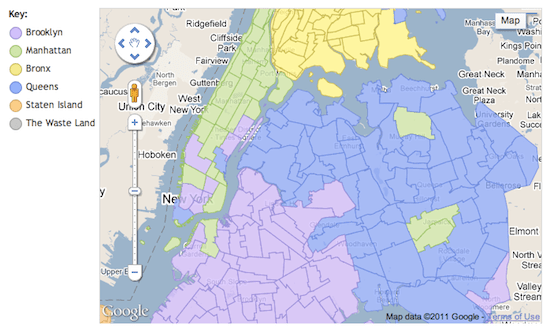 Whether you love it or hate it, RISK has been a board game staple ever since its release. Over the weekend at Game Hack Day NYC, a team of seven people modded Foursquare and turned New York City into a giant game of RISK. Using Foursquare and Google Maps API, World of Fourcraft allows players to swear allegiance to one of New York City’s five boroughs, then when a player checks into a borough, the game acts as though the player just put a new army on a territory, and an algorithm decides which team controls which neighborhood based on the number of people checking in. Ricky Robinett, a member of the World of Fourcraft team, felt Foursquare and RISK weren’t addictive enough, and aims to add a leveling-up style feature that would make frequent users’ checkins more effective at claiming and securing territories. As if Foursquare needed to get more addictive. Check out the game over at its website.

(World of Fourcraft via Mashable)