Near-Complete Woolly Mammoth Skeleton Found Near Paris, Causing Visions of Cloning to Dance Through Our Heads 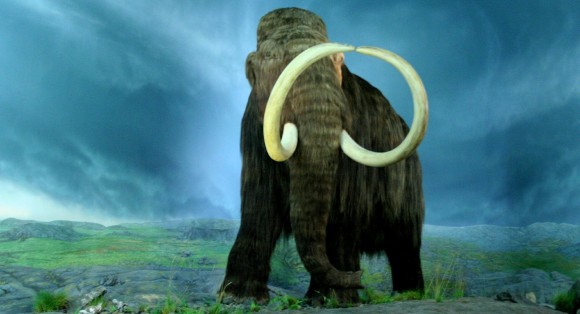 French archaeologists have unearthed a near-complete woolly mammoth skeleton about 30 miles east of Paris along the Changis-sur-Marne riverbank. They named it Helmut. I smell an Ice Age spinoff coming on.

The remains date back to between 200,000 and 500,000 years ago and were found near two flint axes, which indicates that poor Helmut had some contact, possibly of the deadly variety, with Neanderthals.

The discovery is particularly unusual given that it took place in France, where only three woolly mammoth specimens have been discovered in the past 150 years. “Some archaeologists have spent their lives dreaming of such a discovery and having this opportunity,” says chief archaeologist Gregory Bayle.

Hmmm. So the first place my brain went with this is A Mammoth in Paris, an animated kid’s movie starring Helmut, a hapless mammoth brought back to life somehow (by melting icecaps, maybe? Pick your pseudoscience) and forced into servitude by an evil French (mustachioed, of course) circus owner. At one point Helmut (voiced by Ben Stiller) rampages through the Louvre to a Randy Newman song. But I also like TMS editor Susana’s idea of a horde of steampunkian Frankenmammoths cloned by French archaeologists so they could be used by resistance fighters to help kick Nazi butt during World War II. I say combine the best of both worlds and make the latter film a musical. You’re welcome, Hollywood.