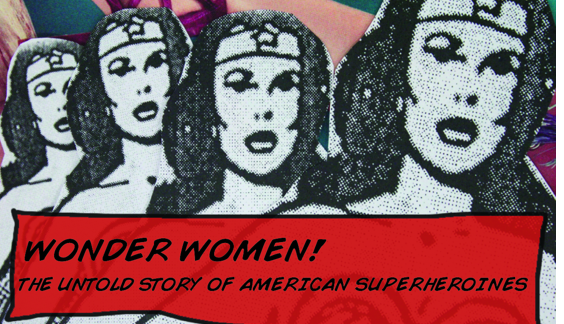 The South by Southwest festival — better known as SXSW — is quickly approaching, and just one movie being shown at the Austin, Texas gathering of talented and creative types is the documentary Wonder Women! The Untold Story of American Superheroines, about female superheroes and how much they’ve been overlooked. Produced by Kristy Guevara-Flanagan and Kelcey Edwards, the film features commentary by such influential women in feminism and creative fields such as Gloria Steinem, Shelby Knox, and Lynda Carter. You’ll want to see the trailer, and good news! It’s after the jump, plus more excited news about the film.

Besides getting a coveted screening at SXSW, Wonder Women! also surpassed its fundraising goal on Kickstarter with five days until the deadline this Saturday! The money was to be used to fund the premiere at the festival, and now it looks like they’ll be able to buy everyone some celebratory booze, too!

For more information about the filmmakers and the documentary, visit their official web site. And here is the very excellent trailer:

(via tipster Pete — thanks, Pete!)