You Can Watch Wonder Women! The Untold Story Of American Superheroines On Your Own TV Tonight 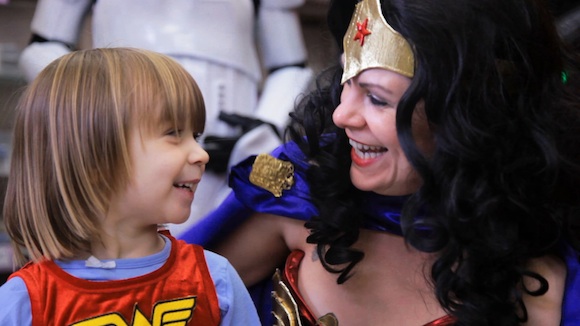 Wonder Women! The Untold Story of American Superheroines is a meditation on the history of the female hero in modern American culture told through the changing interpretation and representation of the character of Wonder Woman, and if that doesn’t already sucker you in to watching it, then maybe the fact that it’s being lauded from all corners, including the Geena Davis Institute on Gender in the Media, will.

It’s an independent documentary film, so screenings in your area might have been thin on the ground. The good news is the movie has become part of PBS’ Indepedent Lens series, which runs a new independent film every Monday night. Wonder Women! airs tonight at 10 pm, though you probably want to check your local PBS listings. Afterwards, if you just can’t get enough of discussion about female characters and gender representation in media, you might want to check out this panel discussion that followed a screening of the film in Los Angeles a few weeks ago. It included folks from the Geena Davis Institute, the LA Times, and our contributing writer Zoe Chevat. An upcoming Wonder Women! panel in New York will feature yours truly, so stay tuned for info on that as well!