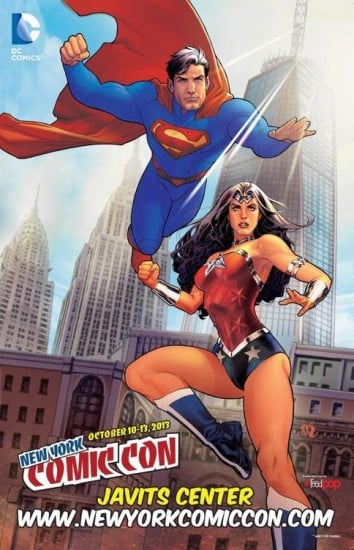 This new New York Comic Con poster, drawn by Stephane Roux, pairs Wonder Woman and Superman with the completed World Trade Center tower. We think it looks pretty cool. As DC Women Kicking Ass points out, Wonder Woman is refreshingly light on the cleavage, plus she’s not wearing implausible-for-flight-scenes heels and she and Supes look like they’re ready and willing to kick some butt with their super-muscly gams. Even if Diana’s left leg looks attached at an odd angle and her ribs are weirdly prominent, on balance we at TMS approve.