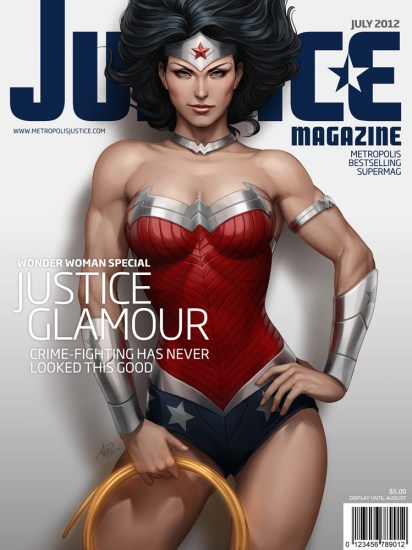 Artist Stanley Lau, aka artgerm, shows how a superheroine can look sexy and strong at the same time without having to show both her breasts and butt at the same time. I’d buy this.