The Next Wonder Woman Animated Film Won’t Use Her Name In The Title, We’d Like To Know Why 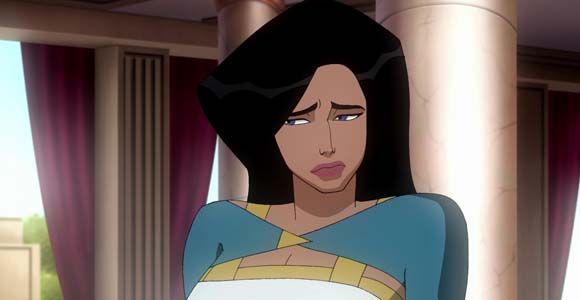 I am incredibly…not surprised by this.

They’d have to have a movie out and it’d have to do really, really, really, really REALLY well for them to go back to that. You just never know. It hasn’t happened yet. But I would be all for it. As far as what we’re doing, we’ll probably do a Wonder Woman-centered Justice League movie. We’ll use the Justice League as an umbrella to focus on characters who might not be able to support DVDs of their own. That’s not my judgment, that’s based on sales. But yeah, we’ll handle Wonder Woman in our own way, regardless of whether they’ll do a movie or not. I like her as a character and want to feature her as much as we can. But it will probably be in the context of a Justice League movie.

A few interesting things here. First of all, this isn’t the first time we’ve heard someone from Warner’s animation group speaking about female characters not being able to support their own titles. A few years ago, I interviewed casting/dialogue director, Andrea Romano, for their Superman/Batman: Apocalypse film. While it carried the names of both Superman and Batman in the title, the movie was actually the story of Supergirl, based on Jeph Loeb/Michael Turner’s 2005 comic book arc.

“So much more of these other pieces are male dominated and there’s women characters on the side. This is a very female focused piece,” Romano told me. “I think the main reason why they didn’t call this piece Supergirl is because for some reason the Wonder Woman home video that we made, which was very, very good and filled with male characters, didn’t sell well. And so marketing people said, female titled pieces don’t sell well. So this is a female piece, it’s got a very strong feminine character in it but they called it Superman/Batman: Apocalypse just to get people to come into the video stores and buy them.”

Both of them refer to sales as the reasoning for not giving female heroes their due. But there’s something important to remember here – 2009’s Wonder Woman actually sold very well. It sits at #4 for their best selling direct-to-video titles with a gross of $7,584,099. Here’s the top ten list according to The Numbers.

If anything, these numbers mean another Wonder Woman animated feature should have already been made. What gives?