As you come down from the euphoria of this weekend’s Women’s March (and yes, I’m assuming that, since it was the largest protest in our country’s history, it’s likely many of you were there), you might be wondering how to keep the momentum going. In addition to veteran protesters and activists, the Women’s March saw an unprecedented amount of first-timers shrugging off the “apolitical” label to get active, but they might not know where to start. Well, the organizers of the Women’s March have a new campaign for you!

It’s called 10 Actions/100 Days, and it’s an effort to mobilize marchers by taking on a new, concrete action step every 10 days for the first 100 days of Trump’s administration. If you’re flailing as you wonder where to place your focus, this might be a great way to anchor your efforts until you figure out exactly which causes mean the most to you and what efforts you’d like to hone in on. 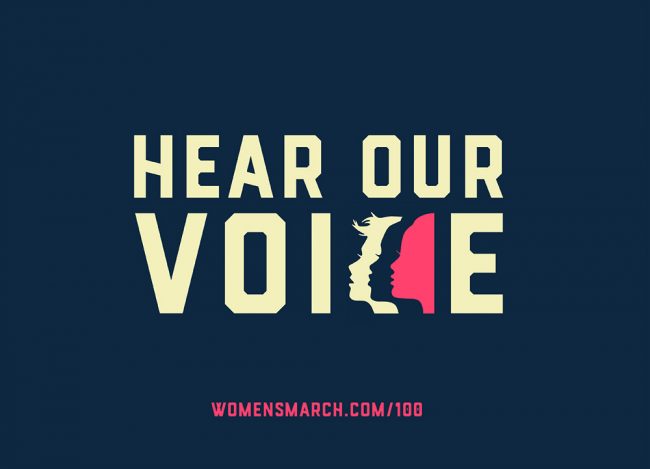 The first of the 10 Actions happening right now is:

Write a postcard to your Senators about what matters most to you – and how you’re going to continue to fight for it in the days, weeks and months ahead. We’re offering printable postcards for you to download.

You can go it alone, or consider inviting some friends, neighbors and fellow Marchers over for a drink or dinner sometime in the next ten days to talk about your experience and fill out your postcards.

I already know several people who are hosting gatherings and “postcard-writing parties” this weekend! If you’re not into making it a group thing, this is totally something you can do on your own from the comfort of your own home. As the site says, they have postcards you can download and print, or you can design/use your own. I plan on using my “Ordinary Women” postcards that I’ve been holding onto for just such an occasion!

And if you’re wondering what to write on your postcards, the Women’s March site offers a handy template you can just fill in, reading:

I’m part of the #WomensMarch movement.

In the first 100 days of the new administration, I hope that you understand and take these concerns seriously.

Not sure who your senators are? The U.S. Senate website has a handy search page that allows you to look for your senators by state, or their contact info by name if you already know who they are.

May this weekend be only the beginning of all of us putting our actions where our mouths are in the fight to protect the progress our country has made and to ensure that progress continues.