Apologies to the Misogynists, But Women’s Existence Is Not a PC Marketing Device 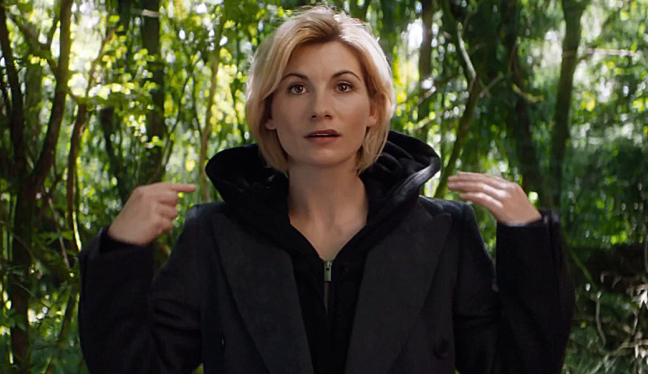 After the announcement that Jodie Whittaker was cast as the 13th incarnation of the Doctor, I haven’t been wanting to rain on our excitement by giving too much attention to the whiny misogynistic trolls flailing wildly on the internet. But there’s one element of their protestations that we’ve seen many times before, and never ceases to confuse me: that inclusion of women, POC, and other marginalized groups is somehow a “PC” marketing move.

Here’s what I don’t understand: What does the world look like to you if you think the inclusion of others is in any way inherently political?

I mean, I suppose we all know the answer to that. The only way “PC culture” and “identity politics” are anything but meaningless or horribly insulting terms is if you see “white cis hetro male” as the neutral default. And yes, that view is backed up by a lack of imagination and a fear of diminished audience retention (which I hope by now we’ve definitively disproven) on the part of entertainment industry decision-makers. But the low levels of representation of marginalized groups are factually unrealistic. So why do so many cling to them as gospel?

It’s been shown that we’ve been conditioned (yes, conditioned–none of this is inherent) to see groups of people onscreen (and presumably off) as equally split along gender lines when about 17% of the group is made up of women. Any more women than that, and we see them as dominating the scene. We’ve been trained to see men as the default, and women as being allowed into the peripheries of their stories so as to appease female audiences. That, in short, is bullshit.

This weekend, I rewatched two movies: Spider-Man: Homecoming and Wonder Woman. Both movies were fantastic, and so much fun to watch. Both are centered around much-beloved characters, but one has never gotten the big-screen treatment they deserved, while we’ve seen the other’s story retold ad nauseam over the last decade and a half. Both were better than most expected, and audiences, by and large, were thrilled to see these specific iterations of characters we already knew and loved. So why are so many people on the internet so quick to tell me that one was only made to pander to the “PC crowd,” while the other is “just a movie”?

Yes, in addition to Wonder Woman just being a flat-out great movie, I enjoy watching a superhero to whom I can relate on the level of basic demographics. Anyone who finds that odd–who thinks I’m being “pandered” to–I have to assume, must not realize that they’ve always been “pandered” to with Spider-Man, Superman, and every other super hero who shares their basic description. Sorry, guys. You’ve been catered to your whole life by people who know you’ll relate strongly to characters who look like you. Does that make you enjoy Spider-Man: Homecoming any less? No, of course it doesn’t. But it also shouldn’t trick you into thinking your stories are the only ones worthy of being told.

Anyone saying the Doctor is only being played a woman because the show is trying to be politically correct has to acknowledge that they don’t view women’s stories as being worth telling for any reasons other than political appeasement. That they view one out of 13 as more than half, more than women’s fair share. That women are encroaching on their fandom turf, and getting our way, not because we deserve it or because Jodie Whittaker will be phenomenal, or because this is an interesting direction for the Doctor’s story to go in.

They can’t even acknowledge that nothing is being changed or added here–that Time Lords could always present as women, and they have to accept it, right? Because it was established as canonical fact by a man.

(H/T GeekDad for the clip)

Still, some still believe women can only see any progress in representation because we went over the heads of whoever it is they see as the real creative tastemakers and complained about politics.

Once again, and I’m sure not for the last time: Women existing–onscreen or off–is not a political choice. It’s just half of the world not hiding simply because there are those who think we take up too much space. Sorry, whiny misogynists. You’re losing this fight.