The Internet Had Some Truly Spectacular Responses to the 13th Doctor, Jodie Whittaker

To balance out the awful ones. 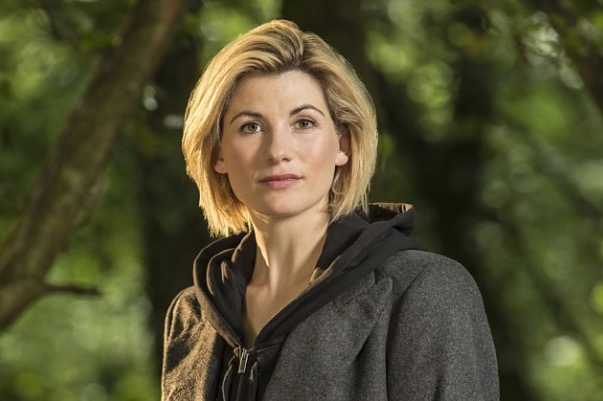 Fans across the internet rejoiced yesterday (the ones who aren’t jerks, anyway), as the Doctor of Doctor Who regenerated into Jodie Whittaker. For anyone following the long saga of whether or not the show would actually cast a woman in the role, it was certainly a surprise, and fans across the internet let loose with some great reactions, both to the news and to the aforementioned jerks.

I’m personally a fan of Whittaker from Broadchurch and Black Mirror, and I’m excited to see what she does with a role as fun and multifaceted as the Doctor. She was also in 2011’s Attack the Block, which featured another familiar face from a major franchise:

So ‘Attack the Block ‘ has seen 2 of its diverse cast of actors go on to take leading roles in iconic SF universes. Opportunities matter.

But of course, there were plenty of people insisting that the casting was just to appease “SJWs” (read: fans with different opinions, the horror), rather than just a good choice. Those haters can feel free to take a seat.

Haters: “Women are ruining Doctor Who!”
The first showrunner was Verity Lambert and she was cooler than most of us will ever be, go home. pic.twitter.com/pC2XZ7fQ5A

“Doctor Who is being run by PC lefties now”

In 1963, it had a woman producer and was directed by a gay Asian man. #doctor13 #DoctorWho

Lot of folks who have never cared about Dr. Who before are suddenly very concerned. Maybe we should announce that climate change is a woman.

nerd boys: i hate that there’s a female Doctor Who!!! if a woman is in it i’m OUT!
also nerd boys: women won’t date me because i’m too nice

Her first adventure is politely correcting everyone who calls her “Nurse Who.”

Sexism had nothing to do with the defeat of our first female POTUS nominee, but also dudes are losing their minds over a female Doctor Who.

Can’t believe the BBC is disregarding decades of established Doctor Who canon like this. pic.twitter.com/XVjeyeE35g

'Doctor' has no gender in English.

There’s just no non-sexist reason to be upset about this—not one that makes sense, anyway. Just concerned about good storytelling and not all these “identity politics,” you say? Super! Then whether the actor playing the Doctor is a man or a woman shouldn’t matter to you.

But as satisfying as throwing all kinds of snark at whining misogynists may be, let’s not forget what’s really important here: this is important representation—though I understand the criticism coming from those who would’ve liked to see an actor of color in the role, as well. Tons of us are just very excited:

So proud of Jodie Whittaker. She’s going to be awesome !!!

Jodie Whittaker is a class act. End of.

Good morning, Jodie Whittaker is the Doctor and the world is beautiful. pic.twitter.com/m4OTd00JB1

I honestly love Jodie Whittaker so so much already pic.twitter.com/9zVSDtoAtY

JODIE WHITTAKER IS THE THIRTEENTH DOCTOR I CANNOT COPE pic.twitter.com/c4gc3w1mkA

Including some past Doctor Who stars:

Well I never the BBC really did do the right thing and let the Doctor be in touch with her feminine side. As a father of daughters – result!

I mean, just look at what this can do:

I’d be hard pressed to find fault in a decision that has that effect.