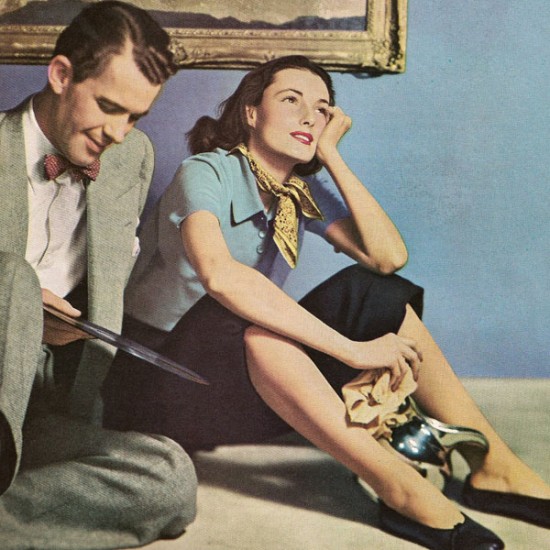 Researchers in the Netherlands have discovered, through careful scientific study, that part of our brains shut down while watching pornographic videos and that there’s a perfectly valid explanation for it. They also have a few words on how anxiety affects sexual arousal. Please do read on.

Makes sense to me. Holstege studied the primary visual cortexes of twelve heterosexual, premenopausal women who were on hormonal birth control. The women were shown three videos while having their brain imaged.

One of the videos used in the study was a simple nature documentary about marine life in the Caribbean. The other two were selections from “women-friendly” pornographic movies, one depicting only foreplay and manual stimulation and the other depicting oral sex and vaginal intercourse. Earlier studies had shown that the higher-intensity video showing intercourse produced stronger physical arousal in women than the foreplay-focused movie clip.

I’m assuming none of the women being studied were marine biologists or the results may have been skewed.

“‘You have to realize that the brain wants to spare as much energy as possible, so if some part of the brain is not necessary at a high level of functioning, it immediately goes down,’ he said. The findings have implications for sexual dysfunction, Holstege said, as they paint a picture of the brain in which safety is paramount and anxiety is a libido-killer.’

“The brain can either be anxious or aroused (or neither), Holstege said, but not both. During orgasm, he has found, activity in brain regions associated with anxiety plummets. This phenomenon may explain why women with low levels of sexual desire often have high levels of anxiety, Holstege said. It makes sense; if you’re looking around, focusing on visual details, scanning for danger, it may not be so easy to focus on arousal, he said.”