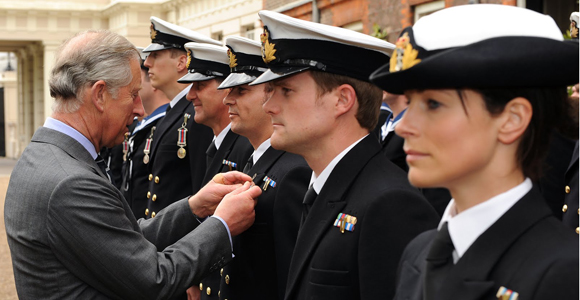 Newly anointed British Defense Secretary Philip Hammond has just made history. In his first major speech he has made good on Royal Navy memos leaked this summer, saying, “In that spirit I can announce today that I have accepted the recommendation of the First Sea Lord that women should be allowed to serve in submarines in the future.” I’m not the only one who thought about Aquaman when he said “sea lord,” am I?

The Guardian reported that at the speech, at the Royal United Services Institute, Hammond said, “the armed forces shouldn’t be ‘slaves to tradition’ and had accepted proposals for change.”

The Royal Navy is the oldest service branch having formed in the 16th century and played a major part in establishing the British Empire as a dominant world power. The first time women became involved in the navy was in 1917 with the Women’s Royal Naval Service. They disbanded in 1993 with the decision to fully integrate women into the Royal Navy instead of maintaining a separate entity. For some reason, the government still held firm that women could not serve on submarines or with the Royal Marine Commandos.

Hammond said that female officers will start serving on the Vanguard submarines in late 2013, followed by ratings in 2015. “Women, officers and ratings, will also be able to serve on the Astute class submarines from about 2016,” he said.

Previously in Women on Submarines