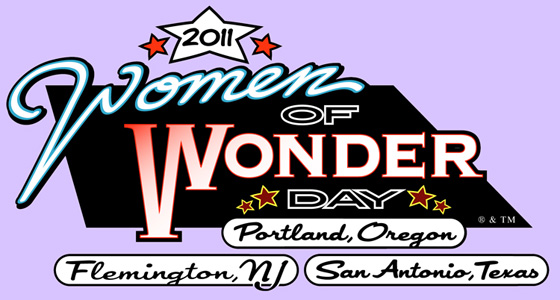 It’s National Domestic Violence Awareness Month and this weekend is the 6th annual Women of Wonder Day. It’s not a national holiday but it is a chance for comic book fans to spend their money on art and collectibles and have it go to a worthy cause – domestic violence shelters.

Previously called Wonder Woman Day, Women of Wonder Day continues the yearly tradition of auctioning off pieces of donated comic art for selected charities across the country. According to the official website, “This year, the event will take on a new name and an expanded mission! On October 30, 2011, the new Women of Wonder Day — again as a part of National Domestic Violence Awareness Month — will take place, returning to Excalibur Books in Portland, Oregon, and Comic Fusion in Flemington, New Jersey, as well as at Heroes and Fantasies in San Antonio, Texas!”

Women of Wonder Day was originally created by best-selling author Andy Mangels in Portland back in 2006 and was subsequently held in Flemington the next year. This year they’ve added San Antonio to the mix to make an even bigger event. The combined total of all monies raised through the years is an impressive $110,000. 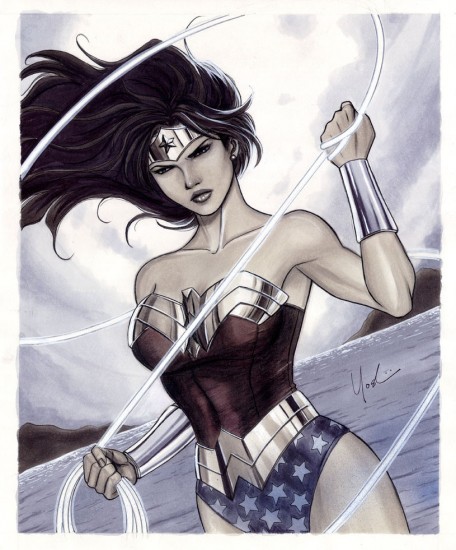 There’s a whole lot up for grabs and with the focus not being entirely on Wonder Woman this time around there’s a great selection of characters and items to choose from. Portland has original art by Agnes Garbowska, Cat Staggs, Colleen Coover, Jeff Parker, Katie Cook, Mike Madrid, Nicola Scott among others. They’ll also have in-store appearances by Kelly Sue Deconnick, Cat Farris and more. They’re also auctioning off the chance to be written as a character in a best-selling comic book by Brian Michael Bendis.

In New Jersey, they make a whole weekend out of the fun. “Superhero Weekend is a celebration of the characters we grew up with and to remember the lessons comics teach us so that we can make our communities better and safer,” explained Stacy Korn, co-owner of Comic Fusion. “We’re excited to be working once again in partnership with Andy Mangels to benefit our local Flemington community. Each year the event evolves. This year we’ve broaden our message of hope.”

There’s a few ways to donate, via an Ebay auction, or through email or in store at Comic Fusion. The events each give 100% of their proceeds to charities in their communities. Help out this weekend, get some fantastic comic art and help support those affected by domestic violence.