Why Couldn’t Solo: A Star Wars Story Figure Out What to Do With Thandie Newton? 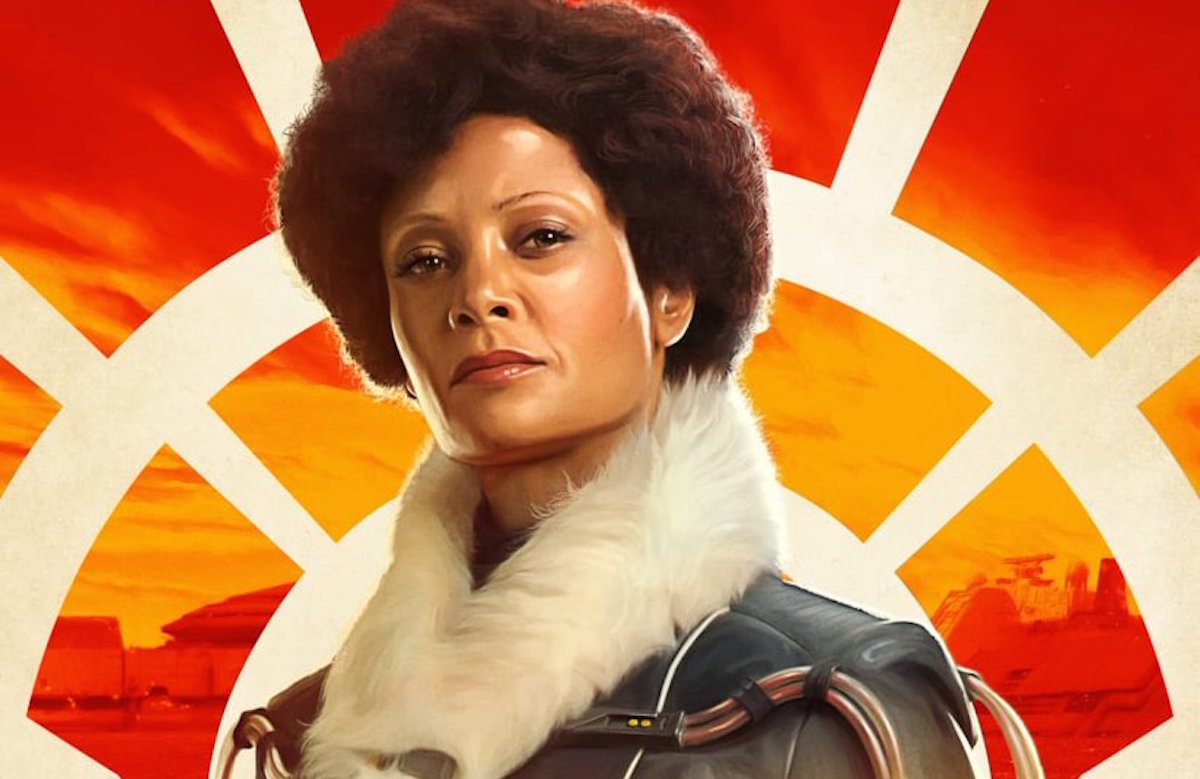 **Warning: Spoilers for Solo: A Star Wars Story ahead.**

Solo: A Star Was Story is out today, and for the most part, I agree with pretty much everything Kaila said in her review. I found the movie to be fun, if fluffy. It felt to me like an installment in a franchise (which it is) rather than its own movie (which it also is). It was a fun romp with little heft to it, that I enjoyed but may never feel the desire to rewatch.

But there was one element of the movie that nearly ruined all that fluffy fun, and it was the treatment of the character Val, played by Thandie Newton. As Kaila mentioned, Val is awesome. What she didn’t mention, because *spoilers*, is that Val is the first major character to die in the film.

Early on in the movie, Alden Ehrenreich’s Han meets a smuggler couple made up of Val and Woody Harrelson’s Beckett (plus a pilot voiced by Jon Favreau). He convinces them to let him and Chewie join them on their current heist, and long story short, Val ends up sacrificing herself in order to let the others escape, blowing up a bridge with her still on it.

This isn’t exactly a fridging in the technical sense of the trope, since in that case, a female character’s death is meant to fuel a male character’s motivation for action. Beckett, though, is sad for a minute and then kinda just … doesn’t care. Val’s early death is still an injustice on multiple levels. To start, that degree of underutilization of Thandie Newton should be a crime. It also doesn’t help that the only other human woman in the movie is Qi’ra, who ends up being a fairly tepid character thanks to what feels like the miscasting of Emilia Clarke. (Remember when Tessa Thompson was being considered for this role? Sigh.)

What makes her death so much worse is the sorry fact that Val is the first black female character to have any sort of significant role in a Star Wars movie. Cutting her so early on would be disappointing no matter what, but her death is so pointless as to make it fully infuriating.

Seeing as Val’s death didn’t seem to make much of a lasting impact on Beckett or anyone else, it’s not clear why it even happened. The story could have happened as-is with both of them living, but if one of the two really had to die, it absolutely should have been Beckett.

Look, I like Woody Harrelson, and Beckett’s a fine character, but he’s really a proto-Han, as Kaila called him in her review. He’s smirky and a bit smarmy, and if you’re thinking that that’s important because maybe that’s where Han picked up some of his iconic smirk and smarm, nope. Han is already basically Han from the start. Beckett didn’t rub off on him. So why not create some contrast between Han and his mentor figure? Imagine how much more interesting that relationship would have been—to have Val taking this young guy under her wing who reminds her so much of the husband who sacrificed his life for her and their work? As Gavia Baker-Whitelaw wrote in a piece on Daily Dot, “Star Wars needs more characters like Val, and fewer like Beckett.”

At least we still have L3-37, in my opinion, the best character in the whole movie. Voiced by Fleabag’s Phoebe Waller-Bridge, the activist droid is determined to liberate her fellow robot servants, and if Lando Calrissian happens to fall in love with her along the way, well, that’s to be expected, really.