Women in Hollywood Need to Be in Boardrooms | The Mary Sue

We Need More Women in Hollywood Boardrooms, Not Just in Front of the Camera 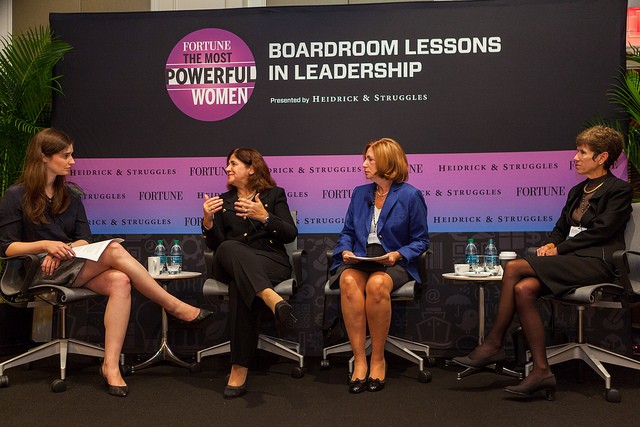 We’ve talked a lot about women in Hollywood with relation to sexism, representation, and the wage gap, but we generally focus on women either in front of, or behind the camera. However, the real power in Hollywood is further back than that. No, not even the studios. It’s in the board members of the corporations who own the studios. And if you think that Hollywood directors, actors, writers, producers, and executives are a mostly-boys’ club, you ain’t seen nothing like what’s further up the food chain.

The Hollywood Reporter has a great, thorough piece up today interviewing female board members about their experiences on boards, as well as the difficulties faced in getting on a board in the first place. Now, for those who aren’t exactly sure how corporate boards work (hell, this is confusing for me, too, but I’m trying here!), it basically works like this: in a stock corporation (which studios are), the board of directors is a group elected by shareholders that then oversees that company’s activities. They are in charge. They have more power than any single executive, and they hire the CEO. So, if you’re looking for the people holding the puppet strings, you’ll find them in the boardroom.

The fact that board members are generally recruited by shareholders and existing board members (75% of invitations to participate on a board come from existing members) is where a lot of the trouble comes in for women. People tend to seek out those they’ve worked with and those they know. If women aren’t moving up in corporations, men aren’t working with them or doing business with them, and so boards nationwide remain overwhelmingly male.

Right now, women make up 16-19 % of 50,000 seats at US public companies – and the percentage of women of color is much smaller. In Hollywood, women filling only 17.6% of the seats on boards of companies (Comcast, Sony, Viacom, etc.) that own major studios.

This isn’t to say nothing’s changed at all – but it’s changing way too slowly. In the THR piece, Barry Diller, who’s Chairman of the Board at IAC (the company that owns Vimeo and OKCupid among 100+ others), has two women (Chelsea Clinton and NBCUniversal Cable chairman, Bonnie Hammer) on his 13-member board says:

You’d think it would have been obvious from the get-go. But boards have moved from being somewhat clubby in terms of atmospherics to being more of a professional body. 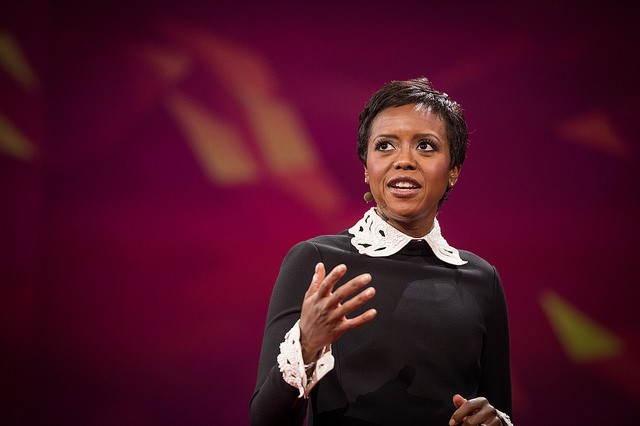 Mellody Hobson, who is one of six members of the board at DreamWorks Animation (as well as its Chairman since 2012) tells THR a story that illustrates how important having even one voice who’s not a white male can make a huge difference. And not because Hollywood is necessarily a Testosterone Cabal – more because certain things just will never occur to them naturally based on their experience:

When [she] sat with her six fellow DreamWorks Animation board members at a screening of the company’s Megamind before it was released in October 2010, something struck her — and only her — immediately: There was no non-white character in the film other than an alien, and he was blue.

Hobson, who had joined the DWA board in 2004 and became its chairman in October 2012, spoke up in front of the group. “I said, ‘Where are the people of color?’ This was set in a major city in the United States. I said, ‘How can this be?’ ” DWA founder Jeffrey Katzenberg was so struck by her remarks that after Hobson had returned to her home in Chicago, he asked her to come back to Los Angeles. Over lunch at The Grill, he promised the company never again would make such a mistake. Recalls Hobson, “He said, ‘I just didn’t see it.’ That’s the point, right?”

So the reason why studios are so slow in delivering us the diversity in films that we want and need is because the people making the decisions way up top aren’t seeing certain things. Thankfully, public opinion, as well as female Hollywood professionals speaking out (the Equal Employment Opportunty Commission investigation into Hollywood doesn’t hurt either) has encouraged boards to move outside their personal networks, making diversifying their boardrooms more of a priority. There are now search firms boards hire to seek out a wider swath of possibilities for board membership.

And it’s worth it. According to Catalyst, a non-profit dedicated to expanding opportunities for women in business, there’s a correlation between women serving on boards and financial success:

So, when you’re thinking about things like “diversity in Hollywood,” it’s important to look at the demographics of a company’s board. Who’s being represented…and where are the blind spots? Working on changes in this arena will lead to the changes we want to see elsewhere.