How Women Are Driving the Dungeons & Dragons Renaissance | The Mary Sue

How Women Are Driving the Dungeons & Dragons Renaissance 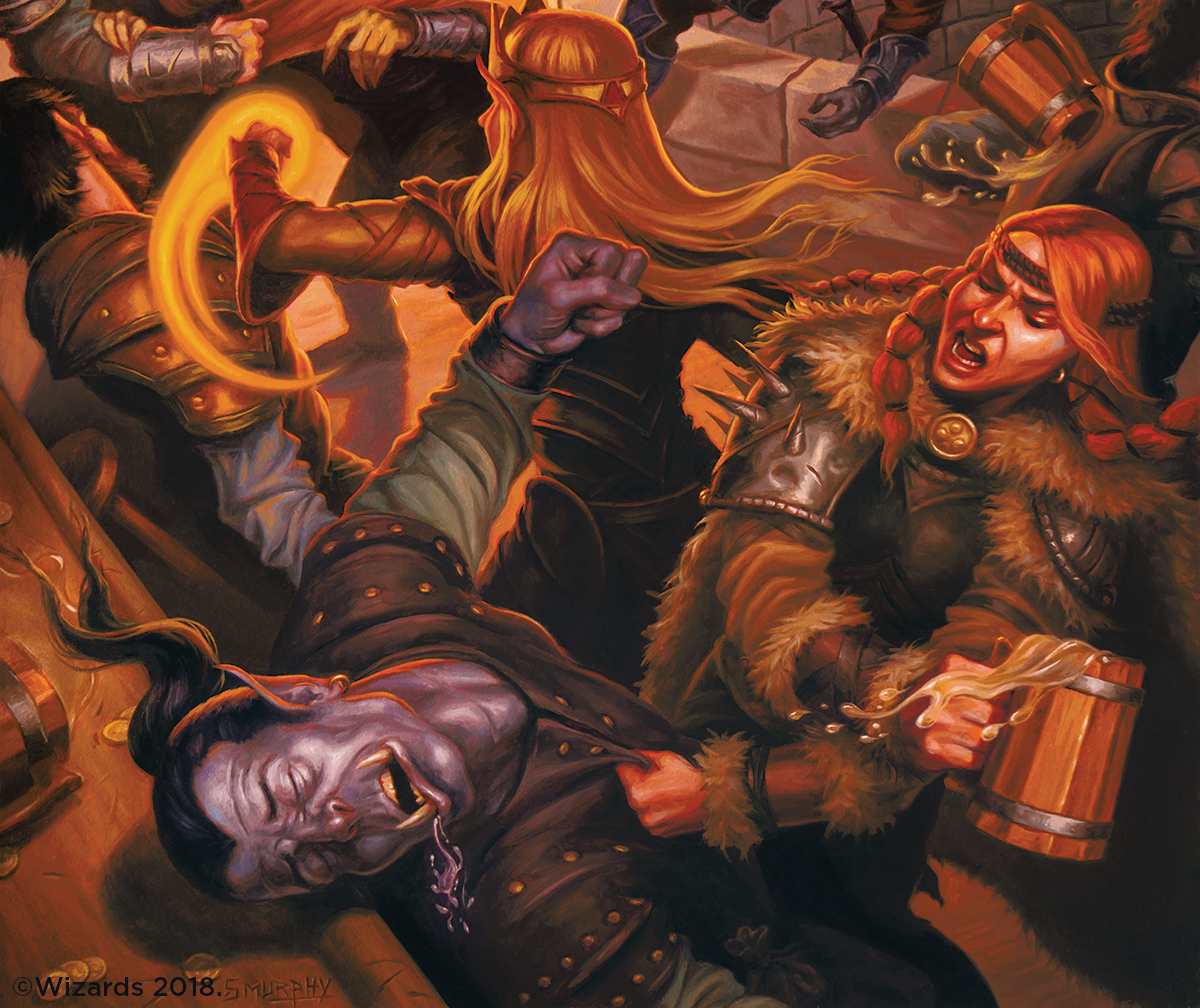 More than 40 years into its existence, 2017 was Dungeons & Dragons’ biggest year ever, and not by a small margin. 12–15 million people played D&D in North America in 2017. The company behind the game, Wizards of the Coast, saw a growth in sales that was about 40% over their numbers from the year before, and while it’s still early, all signs point to 2018 being even bigger.

The sudden success of the game isn’t exactly a mystery, nor is it actually sudden. The changes started in 2014, with the release of the game’s 5th edition. If you’re a D&D fan, you probably already know what a significant change this was. For the unfamiliar—without bogging you down with details—the 5th edition shifted the focus of the game so that it centered heavily on the storytelling aspect. The minutiae of battle logistics, the specificity of miniatures and maps were no longer necessary for gameplay. Instead, the game embraced an open-world feel, where story rules. After all, so much of the game’s timeless success is due to humans’ innate love of storytelling. The 5th edition allowed that to flourish.

In discussing the game’s popularity, many of people I spoke during a visit to Wizards of the Coast noted the importance of the sort of face-to-face interaction the game allows, the kind that is becoming so rare in the era of social media. Yet the internet’s role in this D&D boom cannot be overstated. While previous generations have found their way to the game through friends and family members, current newbies are largely being introduced to the game online. Last year, 10 million hours of D&D were streamed on Twitch, and only about 500,000 of those were produced by Wizards of the Coast. Some of the rest of those hours are from the bigger, high-profile celebrity shows like Force Grey or Critical Role, but much of it is just regular gamers sharing their experiences.

People are playing a ton of D&D, but they’re also watching it as entertainment like they watch movies or sports. It’s hard to imagine that would have been the case without the 5th edition’s shift in focus.

As lead rules designer Jeremy Crawford explains it, “It’s a really simple thing, but in 5th, that decision to not require miniatures was huge. Us doing that suddenly basically unlocked everyone from the dining room table and, in many ways, made it possible for the boom in streaming that we’re seeing now.”

“Part of that is possible because you can now play D&D and look at people’s faces,” he says. “It’s people looking at each other, laughing together, storytelling together, and that’s really what we were striving for.”

And that translates to how much viewers enjoy watching others play. “What 5th edition has done the best,” according to game designer Kate Welch, “is that idea of it being the theatre of the mind and the imagination, and to put the emphasis on the story and the world that is being created by the players.” That’s the kind of “drama people want to see,” both in their own adventures and on their screens.

So more people are playing D&D than ever before, but so are more types of people. Women now make up close to 40% of the D&D community. While the goal is still for that number to fully reflect the wider population, it’s a huge leap from 2012, when women made up 20–25% of players.

A big reason for that jump in female players goes back to the popularity of streaming, and the visibility of other women playing. Women have a huge presence in the D&D being streamed online, and the team at Wizards of the Coast has no doubt that the representation that provides has had an impact on women feeling more confident walking into their local game store. 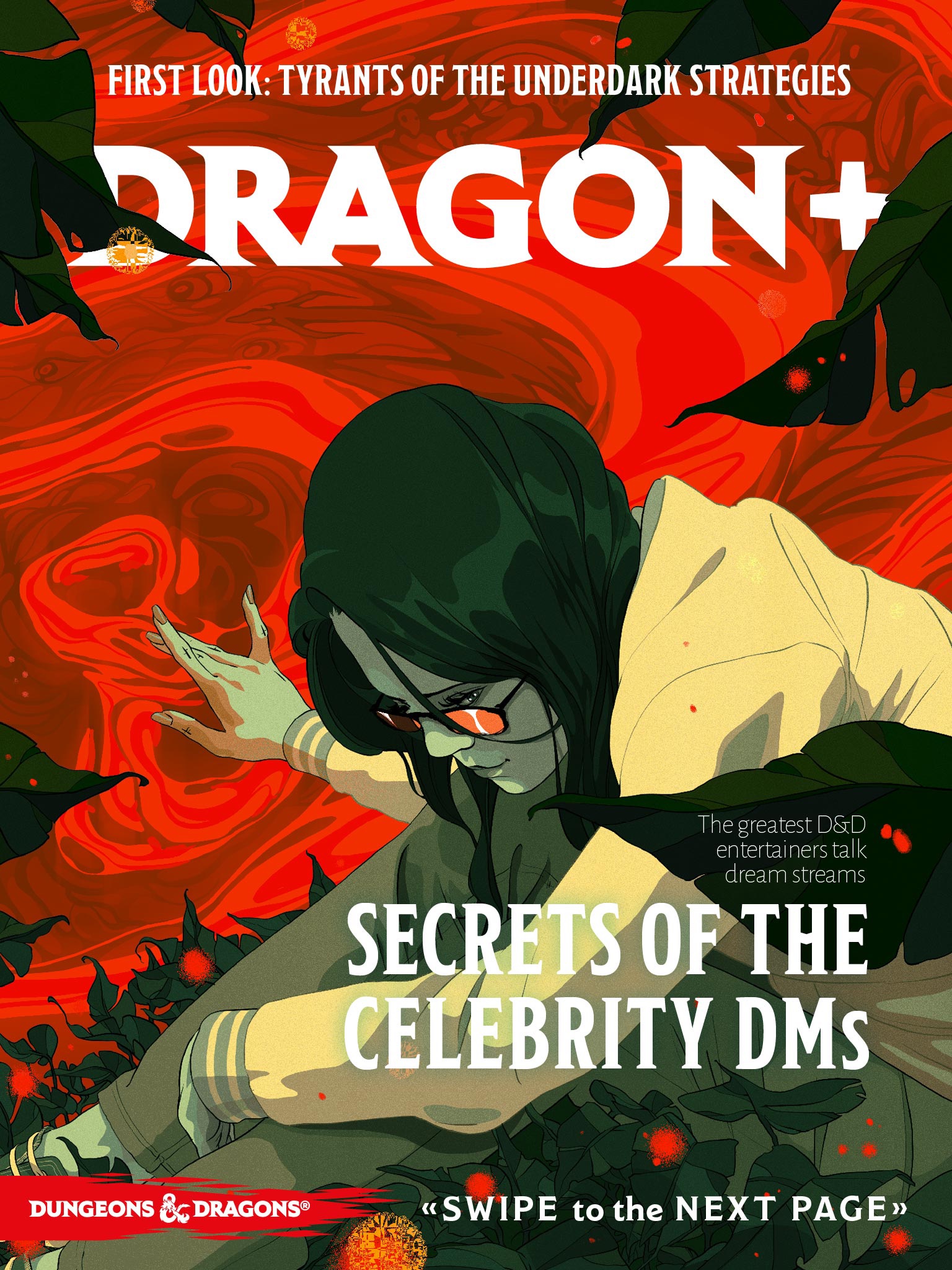 I can only imagine what my relationship with D&D would look like today if I’d grown up with Twitch and YouTube, and seen this sort of representation exemplified. I grew up surrounded by D&D, but in a weird turn, it wasn’t until I visited Wizards of the Coast that I actually played my first game. (Which has now set the bar impossibly high for future games. Thanks, Wizards.)

Fitting the stereotype, it was all of my boyfriends growing up who played, and while I was never outright asked to play, I imagine I would have been welcome. But I was too nervous to ever ask. I was afraid of not being good at it—an inevitability when you’ve never done something before, but I was too scared to be “the girl who’s bad at D&D,” so I never asked, and I missed out. The gaming landscape is so different now, and the option to watch the game, to familiarize yourself with it, and to watch others enjoying themselves, is huge for anyone interested in playing, maybe especially those hyper-anxious, self-conscious, or perfectionist girls too scared to ask to join.

But it’s not like this sort of inclusion is something the D&D team just stumbled into. The company is dedicated to making sure that it starts from within. That statistic of women making up about 40% of players is similar to the makeup of the team behind the game. Women are everywhere behind the scenes in D&D, from artists to designers, and it shows in the game.

In the latest edition of the Player’s Handbook, there are no benefits or drawbacks to playing as a certain gender. (Male characters, for example, aren’t innately stronger than women.) Players are not just allowed, but encouraged, to–in the book’s own words–“think about how your character does or does not conform to the broader culture’s expectations of sex, gender, and sexual behavior,” as well as to explore beyond “binary notions of sex and gender” when creating their character.

Senior Director Nathan Stewart says these concepts aren’t new additions to the game. “We just chose, in 5th Edition, to really put a point on it and bring it up in the section where you’re creating your character. The thing we really wanted to do was just make sure that all of these ideas of acceptance and welcoming were not just in our thoughts only, but written down.”

In addition to that writing, the artwork gives an immediate, clear indication of the respect this team has for its characters and its players. Gone are the days of heavily sexualized and objectified female characters in D&D art. Kate Irwin, D&D’s Senior Art Director, came in during the 4th edition, and she says that the representation of women was a major focus. “It was something that we were really aware of, and we were trying to change the direction of the ship.” She says that “with 5th edition, we were able to really make a stand and be completely clear with that statement.”

Talking about “realistic” depictions of female characters in a magical game might seem strange or unnecessary, but Irwin says, when it comes to this world and the details in it, “It’s magical, but it’s also practical,” meaning they have to examine a lot of existing tropes and ask themselves things like, “Would a wizard really wear super heavy robes going through a swamp? Wouldn’t that hinder them as they’re doing things?” That also applies to the sort of “fur bikinis” so long associated with female characters. Those ultra-revealing costumes (along with consistently provocative poses) aren’t just impractical, but they were largely off-putting for existing and potential female players. 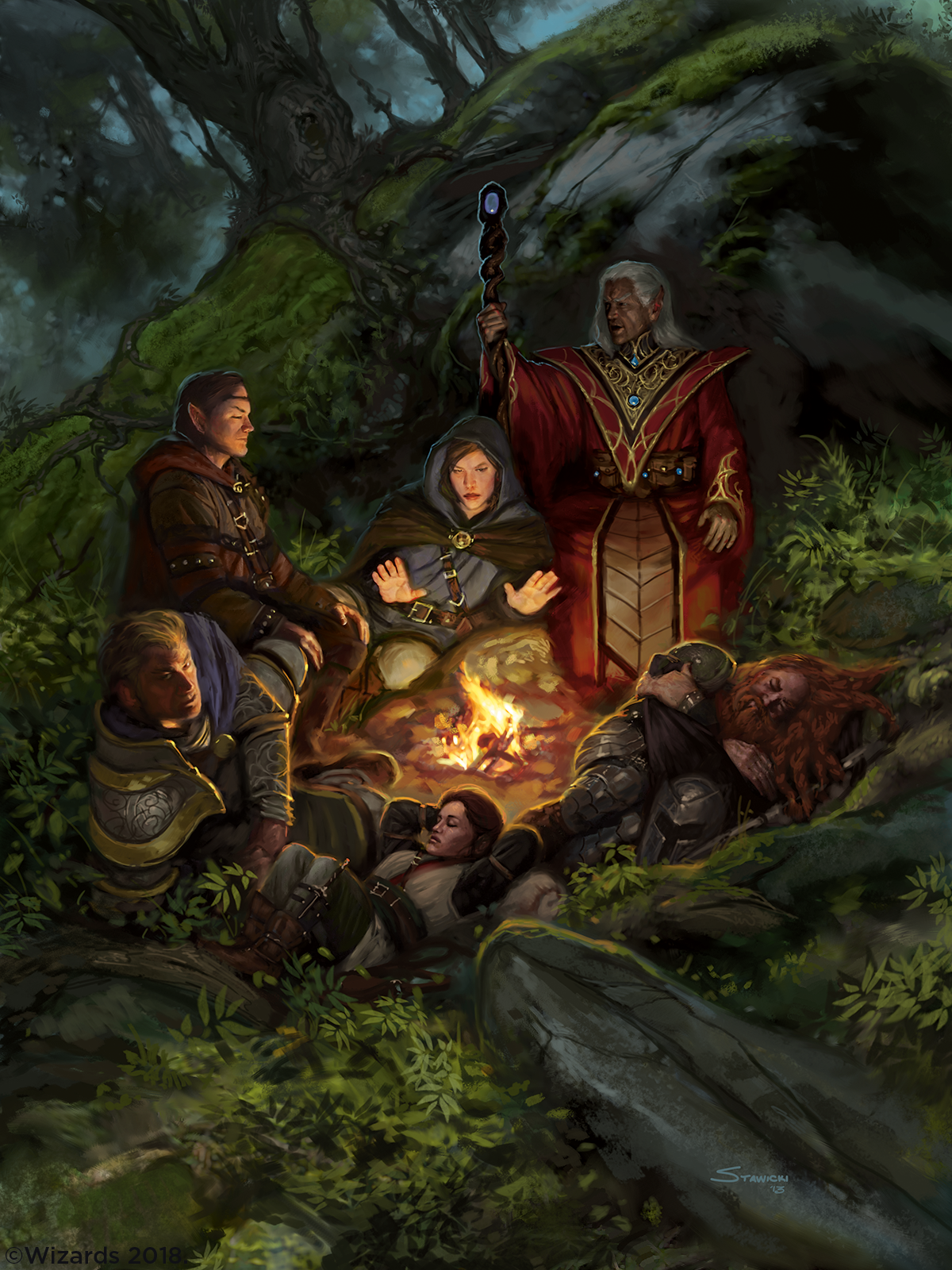 Senior Creative Art Director Shauna Narciso says it’s time for these changes. “It’s time like it’s never been time before to own that space. And we can do it in D&D because it’s the right thing to do. It’s practically the only thing to do.”

Viewed through our current lens, it seems almost absurd to keep alienating players in those ways—the “fur bikini” ways. “People are so much more aware of it now,” Irwin says. “In the past, you might not have really noticed it, but it may, in some way, have subtly gotten into your psyche, but people didn’t really talk about it. And the more we talk about it, the more aware we become about it, and we notice it in more places.”

Narcisco adds, “I’m always surprised when I look back over what we grew up with and how we let things slip and slide the way they did, when now it’s imperative and it’s painfully obvious that those choices need to be made, and we’re in a good place to make them.”

So that’s what they’re doing. Of course, D&D’s creators can’t control what players do with the game, or how respectful they are to these characters or to other players. They do what they can, both in the game and in the community, shutting down gatekeeping when they see it online. But, “at the end of the day,” Stewart says, “we’ve just got a bunch of guidelines we give in terms of inclusivity and making everyone feel welcome.”

(images: D&D/Wizards of the Coast)