I remember when the Womanthology Kickstarter started up, and I thought to myself, “Oh, it’ll be safe to make a post about that on Monday, it’ll still need help then.” only to find that two weekend days later it had nearly reached its goal, with weeks left in the campaign. A preorder of its final published edition is one of my most treasured presents this holiday.

Of course, Womanthology may have received the biggest budget, dollar for dollar, but it only exceeded its funding goal by a measly 440%. See which comics rated that level of dedication below on Comics Alliance’s whole 2011 Kickstarter chart. 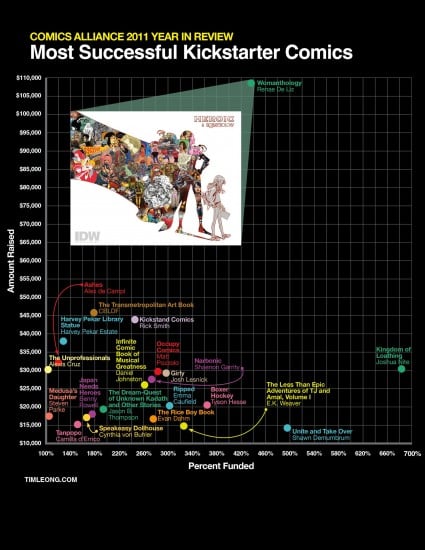