Women of Color Respond to Hollaback Video | The Mary Sue 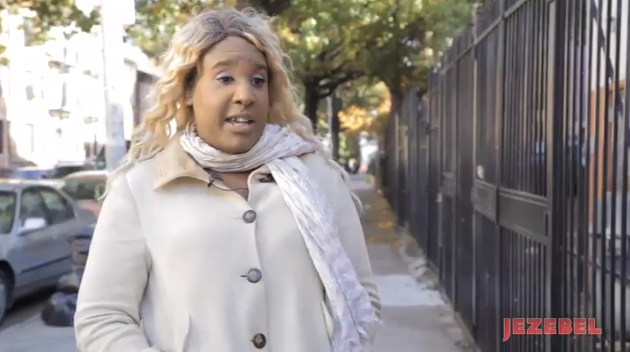 By now, everyone and their grandmother has seen that street harassment video produced by nonprofit organization Hollaback. Did you notice that it was mostly comprised of black and latino men hitting on a single white girl? Because you’re not alone—the video has  has opened up a bigger discussion of how racism often intersects with sexism in many online circles, and a new video on Jezebel is highlighting the criticism head-on.

When many pointed out that the Hollaback video disproportionately portrays men of color being perpetrators of street harassment, director Rob Bliss admitted in a Reddit post that “We got a fair amount of white guys, but for whatever reason, a lot of what they said was in passing, or off camera.” After further backlash the organization apologized, saying that “the video should have done a better job of representing our understanding of street harassment and we take full responsibility for that,” and that the proceeds from the funds raised by the original video will go to creating follow-up content that will be more inclusive.

However, for MSNBC web producer Collier Meyerson, this apology did nothing to address the fact that the video’s primary focus was that of a cisgender white woman receiving harassment, which ignores the often-worse threats and catcalling that women of color and trans women face. She decided not to wait for Hollaback and instead create her own video, which features several women recounting their own experiences with street harassment—and even facing it themselves while being interviewed. Seriously, it’s just staggering.