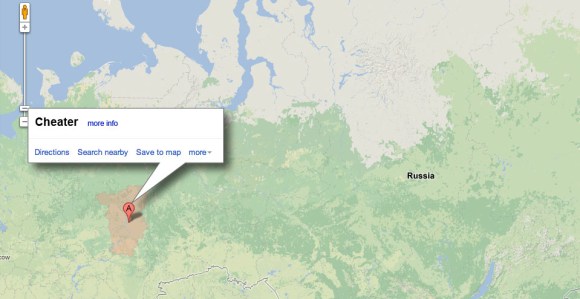 Google street view has caught some interesting things in the past but perhaps none so useful as this. A woman from Russia discovered her fiancé had been cheating on her after looking up an address on an online map and finding his image with another woman.

Technology has been used to catch cheaters before but wow. I’m not sure what the odds are on this, they must be pretty wild. Marina Voinova told LifeNews.ru she was looking up an address in Yandex Maps, a service similar to Google Maps in Russia, when she spotted someone familiar. Her fiancé. And another woman. In an embrace. 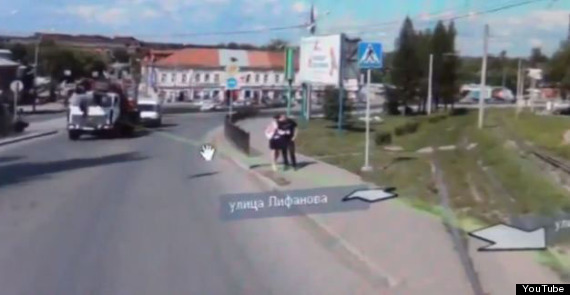 When Google cameras catch people in their street view cameras they blur out the faces but that’s not the case with Yandex. Although it might not be the best resolution, Voinova said she was sure it was her fiancé when she noticed the cast on his arm from when he broke his hand that summer. It didn’t stop there, of course.

“When Sasha came home, I immediately called him to computer and asked him to find that address in the map,” she said. “When the image loaded, Sasha’s face changed in color. I looked in his eyes, waiting for explanations.”

Sasha confessed but said he did not love the other woman but as you can imagine, Voinova was already intending to break up with him. She said, “At first I regretted searching for that address on Internet, but eventually realized that it was silly to blame the Web for my boyfriend’s unfaithfulness.”

Is this a crazy story or what?