Woman Loses License Over Red-Light Camera Ticket, Hadn’t Been There in Over a Year 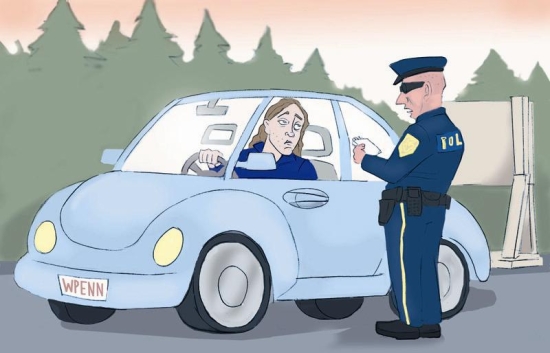 Red-light cameras are the bane of law-abiding citizens across the United States. In theory, the cameras should catch criminals looking to take advantage of the fact that the police can’t be everywhere at all times. In reality, the process is automated and can fail spectacularly when it does. Case in point: Lauren Morosoff had her driving privileges revoked over a ticket issued by a red-light camera in New Jersey a year and a half after she left the state.

Eighteen months before receiving the ticket, the woman had moved from NJ to Colorado for work. But when she called up the Edison Township, NJ, police to tell them that she couldn’t possibly have run a red light from thousands of miles away, the person on the other end of the call was not terribly understanding.

It gets better, though. Morosoff filed a not guilty plea that the township promptly lost:

But then a year later, the Motor Vehicle Commission tells her that even though she now had a Colorado license, her driving privileges had been revoked nationwide for failing to appear in court, and if she wants her license back, she needs to pay $100 on top of the ticket.

So it was another called to Edison Township, which claimed it had no record of the not guilty plea. Then the township said it had received the paperwork but forgot to give it to the judge.

At this point, it’s not even the camera itself that’s ridiculously off the mark. It’s the system as a whole that probably needs to be given a thorough cleaning, not that it’s ever likely to happen. For the time being, Morosoff has made the call to just pay the ticket, and that’s exactly what they want.

(NJ.com via The Consumerist, image via cali.org)