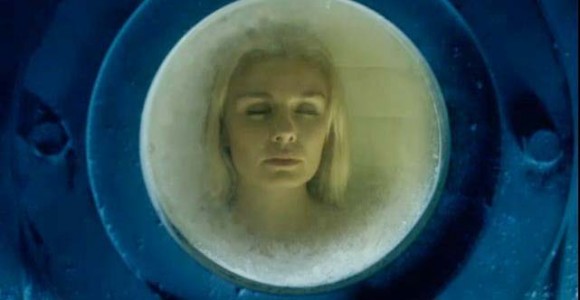 Cryogenics is something we’ve seen often in our favorite sci-fi products but more people are opting to preserve themselves this way. If they can afford it, of course. So when a 23-year-old neuroscience student was diagnosed with terminal brain cancer, she asked the internet for help raising the money to freeze herself until a cure is found. The effort was successful and Kim Suozzi is now cryogenically preserved.

After finding out she only had a few months to live, Suozzi took to Reddit to ask what she should do with her remaining days. The subject of cryogenic preservation was presented and seemingly interested, she updated the post to ask the internet for help. Futurists,  including the Society for Venturism, went on to fundraise and create a charity to help acquire the huge amount of money it would take to make the cryopreservation happen. “This group, a volunteer-run not-for-profit, is no stranger to this process; it has already successfully raised funds for two cryopreservations and is currently working on one urgent case,” writes io9.

Coincidentally enough, in a recent rewatch of the 90s series SeaQuest I saw an episode where a crew member meets a woman at a bar, becomes obsessed with her, then finds out it’s his mother who was cryogenically frozen for 22 years due to a terminal illness. At the time of her awakening, a cure has yet to be found so she goes back in. More recently, we had the Doctor Who Christmas special, “A Christmas Carol,” where a grinch learns to love again thanks to a dying woman in cryo sleep. I’m constantly amazed that things like this are actually possible in our time.

Currently, preservations are done on patients who are clinically dead and Suozzi was pronounced as such on January 17. The procedure was done by the Alcor Life Extension Foundation, and io9 points out their standard cryopreservation costs $70,000. “I have been happy to help the cryonics community, and at times it is hard raise funds for a charity recipient,” said Shannon Vyff, Director of Society for Venturism and a Cryonics Institute member.”Kim’s case was compelling to many people — not only did many cryonicists donate but non-cryonicists as well.”

Suozzi was diagnosed with recurrent Glioblastoma multiforme and discussed her decision making process on reddit. “I am aware of the problems with the current state of cryonics, but I have the hope that technology might come up with a solution in the future. No one knows what technology will be available in 50 years,” she wrote. “Compare the cost of preservation to the cost of traveling overseas to pursue experimental treatments; I think the current state of glioblastoma treatment is just as bleak (if not more), but it doesn’t seem so crazy to pursue those routes. I’m trying to be preserved because I’ve done everything else in my power to help me extend my life. I’ve looked at essentially every diet, supplement, clinical trial, and ‘miracle treatment’ out there. This is the last thing I can possibly do to fight for another chance, and if does happen to work, it will be incredible.”