Yeah, that's what I said. 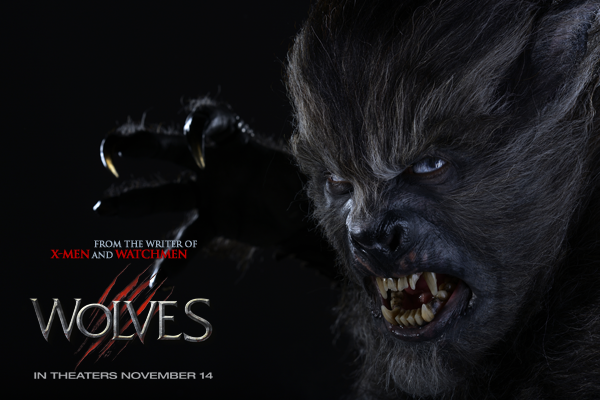 A friendly werewolf visited our office today and offered us ten pairs of tickets to the “Full-Moon Fan Event” screening on October 8th of director David Hayter’s Wolves, aka The Movie Where Jason Momoa Is a Werewolf.  “Wait, wait, wait—how did I miss the fact that there’s a Jason Momoa werewolf movie?,” you may be asking yourself. You would be right to do so. Hit the jump for more on this ridiculous-looking (but in a good way) film, how you can win tickets for two to the screening, and what Wolves‘ connection to Black Widow is.

First up, here’s the trailer.

And here’s some more info:

On the next full moon, coinciding with NYCC Super Week, you can be one of the first to see WOLVES at an exclusive fan event followed by a Q&A with writer/director David Hayter! The werewolf action-thriller stars Lucas Till (X-Men: First Class & Days of Future Past, Stoker), Jason Momoa (Game of Thrones, Conan the Barbarian), Merritt Patterson (Kid Cannabis, The Hole), Stephen McHattie (The Strain, Haunter) and John Pyper-Ferguson (The Last Ship, Alphas).

Popular high school student Cayden Richards wakes from a horrific nightmare, only to realize that he’s living it… He is changing into something vicious, unpredictable and wild. Forced to hit the road after the brutal murder of his parents, Cayden tries to hunt down the truth of what he is. In the remote, mountain town of Lupine Ridge, he discovers others like him — Including the beautiful Angelina, a young woman caught between two ancient clans of “wolves”. And when he finally discovers the shocking truth behind his ancestry, Cayden realizes there is only one way to save the woman he loves… a grisly fight to the death against forces more savage than he could have ever imagined.

Oh, and the Black Widow thing? Hayter is the guy who wrote that Black Widow movie that almost happened before Iron Man. He also penned X-Men and X-Men 2.

The screening will take place in Manhattan on Wednesday, October 8th at 8pm (additional location details forthcoming). We have ten tickets to give away, with each ticket having a plus-one.

Here’s how to win: Write a haiku in the comments about werewolf Jason Momoa before Monday, October 6th, at 10pm EST. We’ll pick our ten favorites and e-mail you at the address listed on your Disqus account. If you don’t have an email attached to your Disqus account, you will be disqualified.

Get haiku’ing, and good luck!