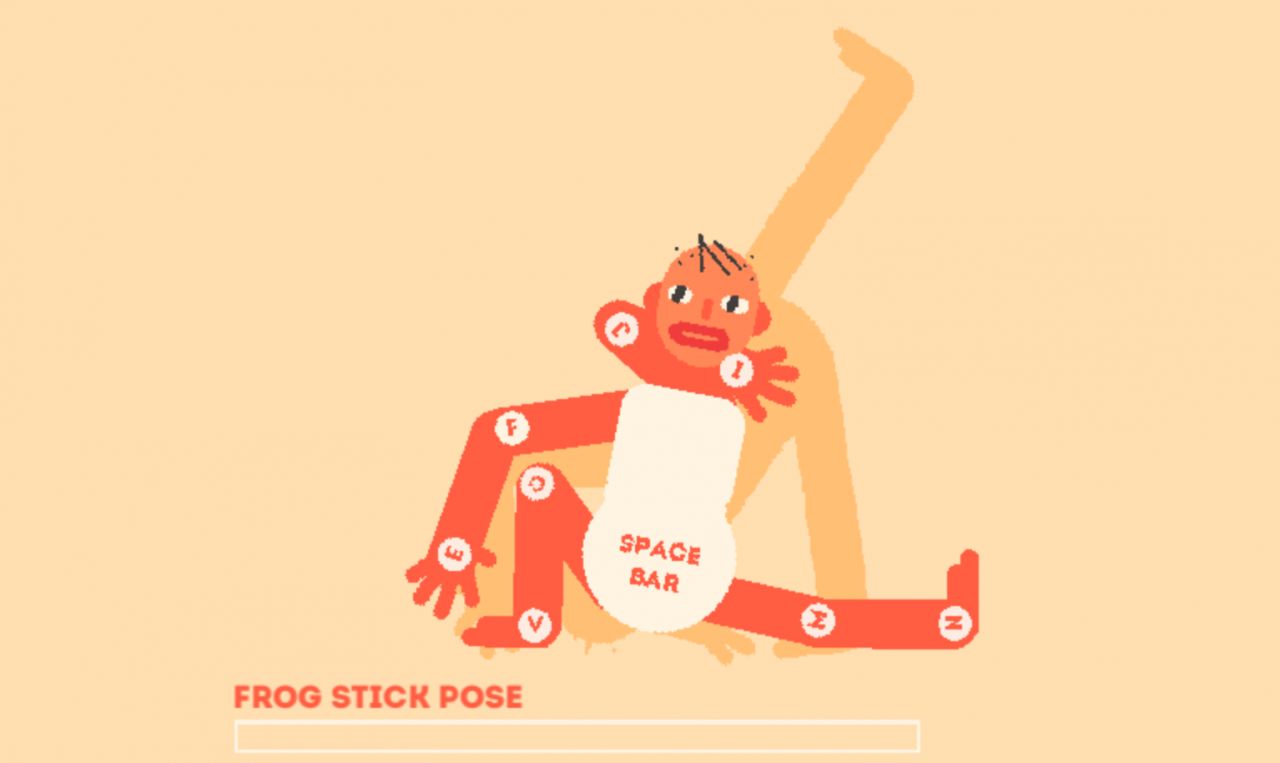 Jenny Jiao Hsia’s game Wobble Yoga is a perfect representation of me trying to do yoga in real life. Hsia created the game as part of the Ludum Dare game jam (the theme was “shapeshift”), and it was inspired by her previous yoga game. Some of you might’ve seen Hsia’s Morning Makeup Madness, which is also a hilarious, fun, and relatable game where you have 10 seconds to put makeup on a face. The music and art, which she also does, are charming, catchy, and fit well together.

The game’s controls are not unlike QWOP, and you manipulate the character’s joints with your keyboard as he topples over himself and bends in different directions. Positions, which you have to hold for a set amount of time in order to clear them, include the “Frog Stick Pose,” the “Happy Baby Pose,” and the “Fish Moon Pose.”

I’ve gone to classes before and Wobble Yoga replicates the experience of awkwardly not being able to hit the fancy poses without the pain, aching, or public embarrassment. Fantastic! Give it a whirl here and let us know how you do, I finished the poses in 106 seconds. Check out that sweet victory pose. 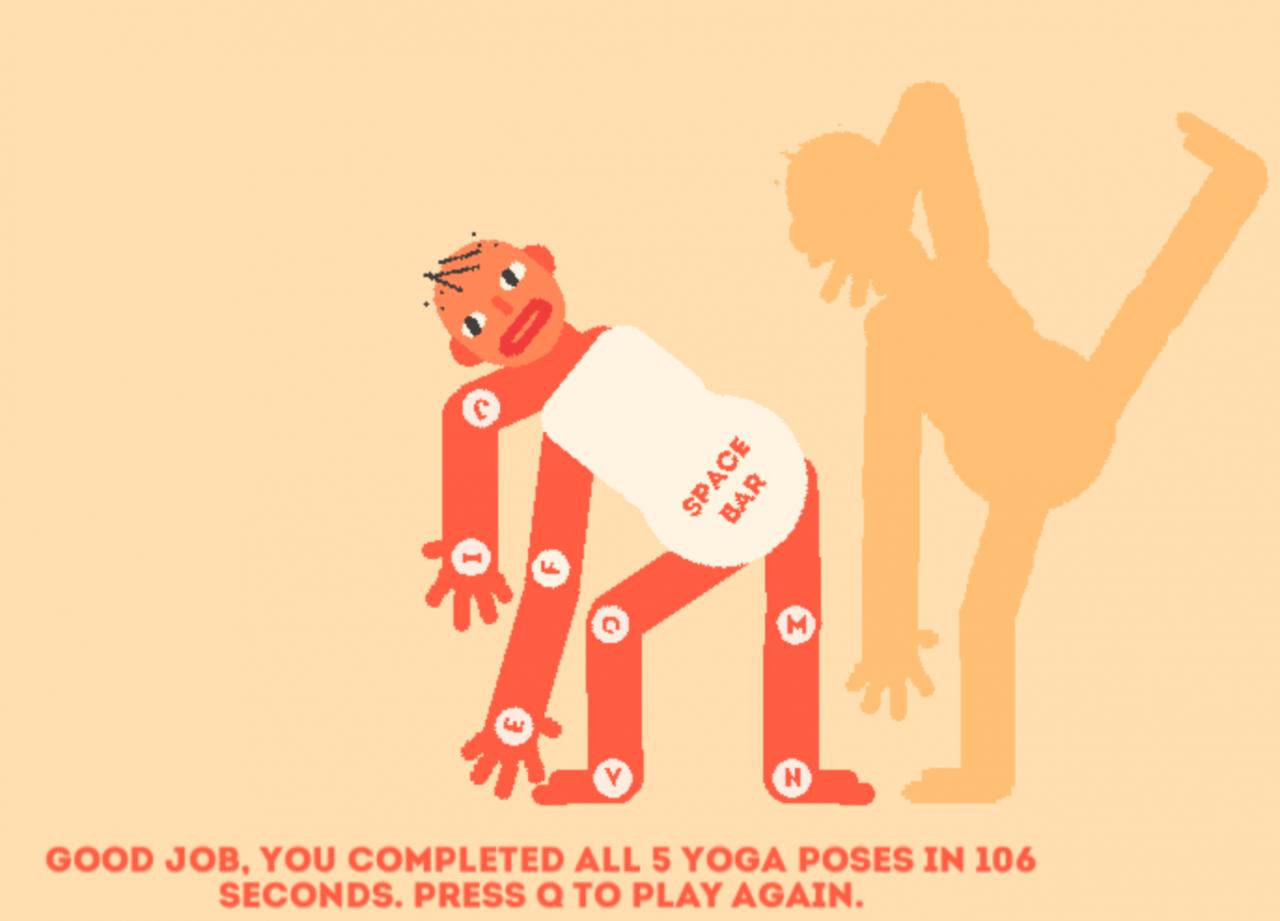