Essential Wizarding Gear for All Occasions (Even Balrogs) 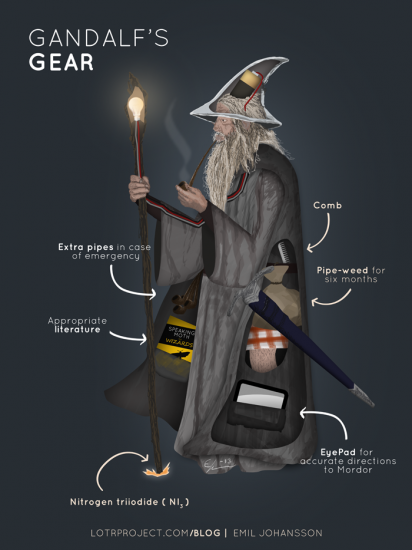 The LotR Project spends most of its time quantitatively recording, researching, and presenting details and data from Tolkein’s Middle Earth setting. I see absolutely no deviation between their usual work and this poster, which is being offered for sale.

Previously in The Lord of the Rings

GandalfThe Lord of the Rings