Opening Scene Witcher 3 Has The Most Butts | The Mary Sue 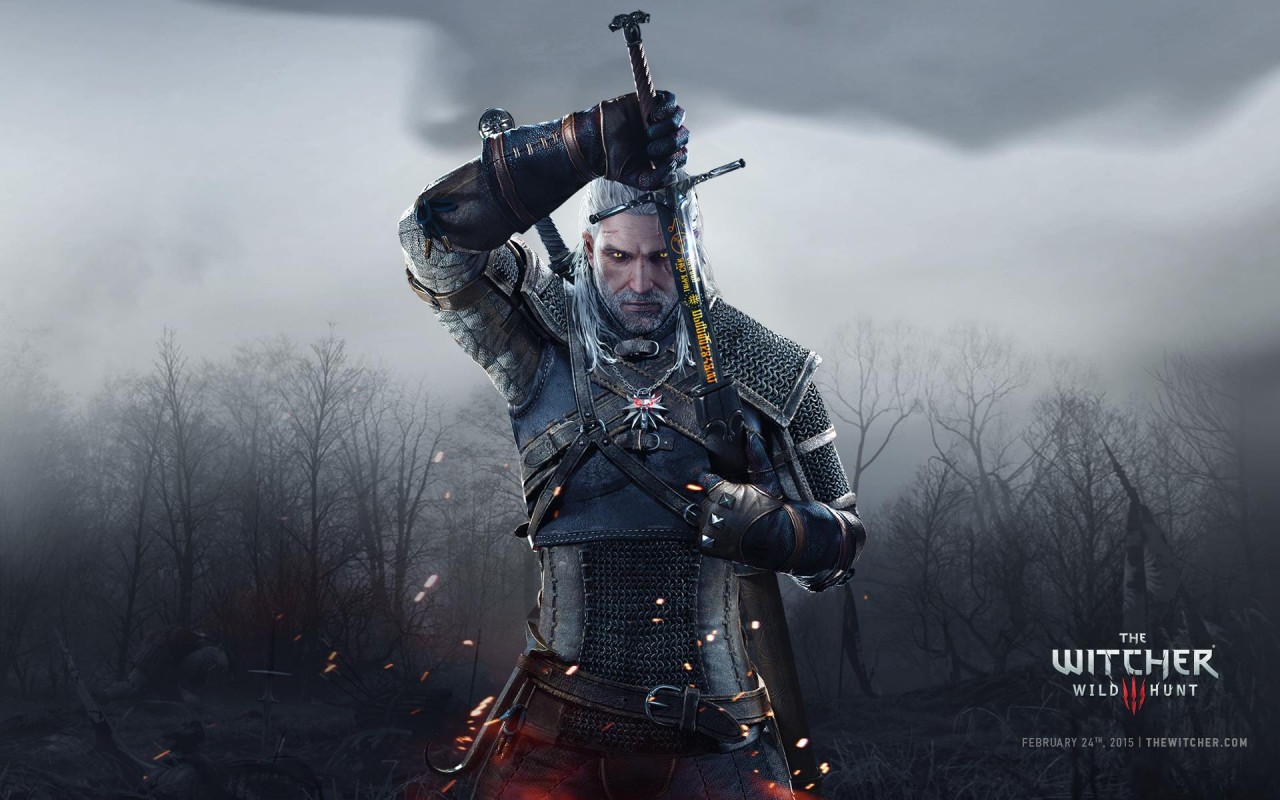 At long last the oft-delayed, sprawling, 100-plus-hour epic role playing game from CD Projekt, The Witcher 3, is out. It’s a free-roaming, open world game where you can do the main storyline, or faff about doing things like picking flowers like I did in Skyrim, or collecting junk like in Fallout 3, or different ores in Dragon Age: Inquisition. You get the idea; I waste a lot of time in these games doing side quests and collecting things. Which is both good and bad; I certainly get my money’s worth out of open RPGs, but it can take me a while to complete them.

The Witcher series is based on a novel, and has enough backstory and intricate detail that it would keep even the most hardcore nerd satisfied. Luckily, you don’t need any of that to pick it up, play it, and enjoy it – and that’s a huge improvement on the previous games. I tried Witcher 1 and had neither the patience nor the time to invest in learning its many quirks. I’m happy to say that Witcher 3 is a much more polished experience. I could pick it up and play it quickly; it was slick and fun.

Witchers are trained monster hunters, and for a few coins they’ll kill the ghouls that are rampaging through the peasant hamlets. You can which ones are the peasants: they’re the dirty ones (oblig. Monty Python ref #2483). If you don’t pay the Witchers, they don’t hunt the monsters about to eat you, so (as you can imagine) they’re not liked by the populace, and are seen as monsters themselves, mutated and able to use magic. Generally, where you have a Witcher, you have trouble. This is the world that main protagonist Geralt inhabits; everyone dislikes him, and he risks his life constantly. This isn’t a fluffy world, but it’s engaging.

For me, when I look at a game, I ask just one question: is it an enjoyable experience? If you want frame rate arguments, platform quibbles, or abuse from guys, you need to go to a different website. Witcher 3 is possibly a great game; possibly one of the best open world RPGs ever made. I don’t know yet, because I’m only two hours in – and there is a reason for that. I pre-bought the game on Steam, and it downloaded in an encrypted format and had to decrypt before playing it. This cut into the time I had set aside for actually playing the game. When I finally got it up and running, I enjoyed the opening backstory, and then we switched to the in-game engine – and Geralt naked and in the bath.

I’ve never seen an opening sequence in a computer game so filled with naked posterior. This wouldn’t be an issue, of course, if we were watching both male and female bottoms, butt (hehe) no; the only rear we get to see is a woman’s. Lingering close ups of her bum from different angles. Even though Geralt is in the bath, and gets out of it on-screen and then dresses, we don’t get to see his derriere. The opening is entirely in the male gaze – and yet 48% of gamers are women, so why can’t we get some balance here?

Does Geralt not have a bottom? What is getting covered up here?! Maybe his bum has the face of a puppy on each cheek? Who knows! I like bums as much as the next person, butt if you are going to just show a woman’s rear while discretely not showing a guy’s, I have a problem with that.

The male gaze-heavy opener really soured things for me, and I stopped playing much sooner than I would have otherwise. I didn’t like how I felt; I was thinking too much about that opening. I like how the game plays – it’s all third-person action: hack, slash and dodge, throw some magic, repeat. It’s not too hard, and it’s both a pretty and engaging world, even if I have to play as a guy most of the time (you get to play as Ciri for a bit later, a young woman Witcher). I love open-world RPGs, butt come on; that opening was unfair, and overtly sexist. Multiple close ups of a woman’s behind compared to seeing Geralt’s massively-scarred back? That’s not the same at all.

It did inspire me, though, to play through the rest of Witcher 3 and note down my thoughts on my experience, both of the game itself and how gender is represented by in the Witcher world by CD Projekt. More thoughts to come as I get more hours in.

Witcher 3, around $60USD, All main platforms, by CD Projekt.