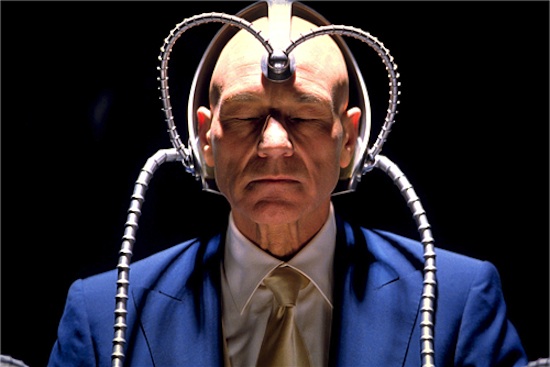 Researchers at Duke University have successfully wired together the brains of two rats, allowing the animals to share a response to a stimulus — hitting a switch when a light flashes, for example — even when only one of them is actually exposed to it. And the connection isn’t just for deliberate decision making –after a prolonged period of connection, rats were even able to feel and respond to researchers stroking the whiskers of the rat they are brain linked to.

The thought-sharing is the result of a thin wire implanted in the brains of two rats, both of which had previously been trained to press down a lever when a particular light was flashed, an action for which they received a food treat. Later, the rats were place in separate enclosures, though their brains remained connedcted by the implanted wire. One, known in experiments as the “encoder,” could still see the light flash that prompted it to press the lever, but the other rat — the “decoder” — was left in the dark. All it had to cue it to press the lever and take it’s reward was stimuli from the brain of the encoder, which was transmitted through the wire as an electrical signal.

It turns out, though, that might be enough — even with no visible stimuli, the decoder rats were able to press the correct lever nearly two times out of three, a much better rate than could be expected if the rat was pressing levers at random.

Further experiments suggest that the connected rats also received touch stimuli from the encoders they were connected to. After a month of connection, researchers noted that decoder rats began to respond to touches on the whiskers of encoders, suggesting they were coming to identify with the body of the rat they shared a mind with, though it is a notably one way street so far.

Researchers also had some preliminary successes transmitting the signals wirelessly to a collaborator in Brazil, suggesting that the wired connection may not always be necessary. Telepathy helmets, here we come!