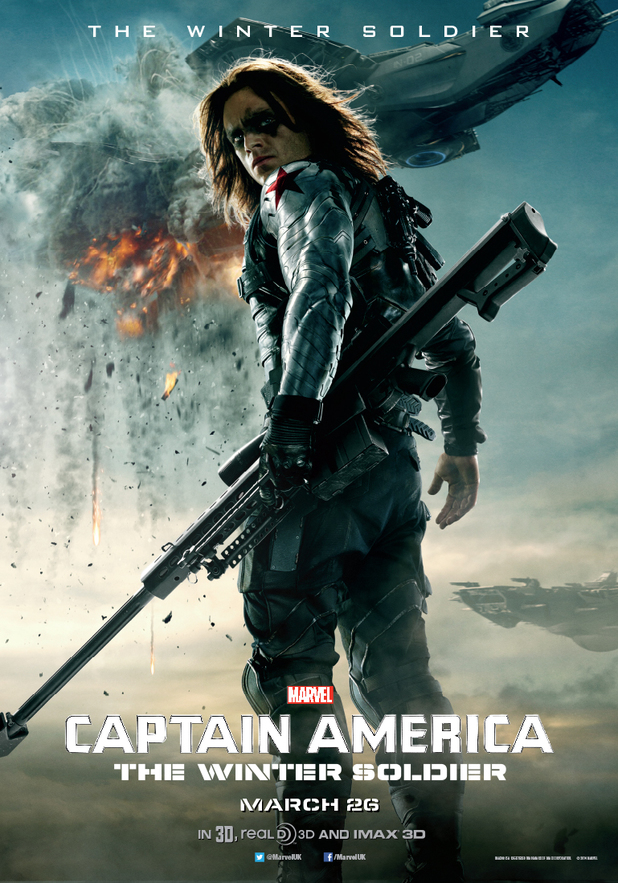 Yes, it’s true. From time to time, male actors get featured in the famous “Butt Pose” usually reserved for the ladies. But unlike The Hobbit poster featuring Legolas and Tauriel swapping stances, Captain America: The Winter Soldier’s Sebastian Stan gets the pectoral and gluteus maximus emphasis in his new movie poster.

Previously in The Butt Pose