The New Winter Soldier Comic Series Is Great, and the TV Show Should Take Note 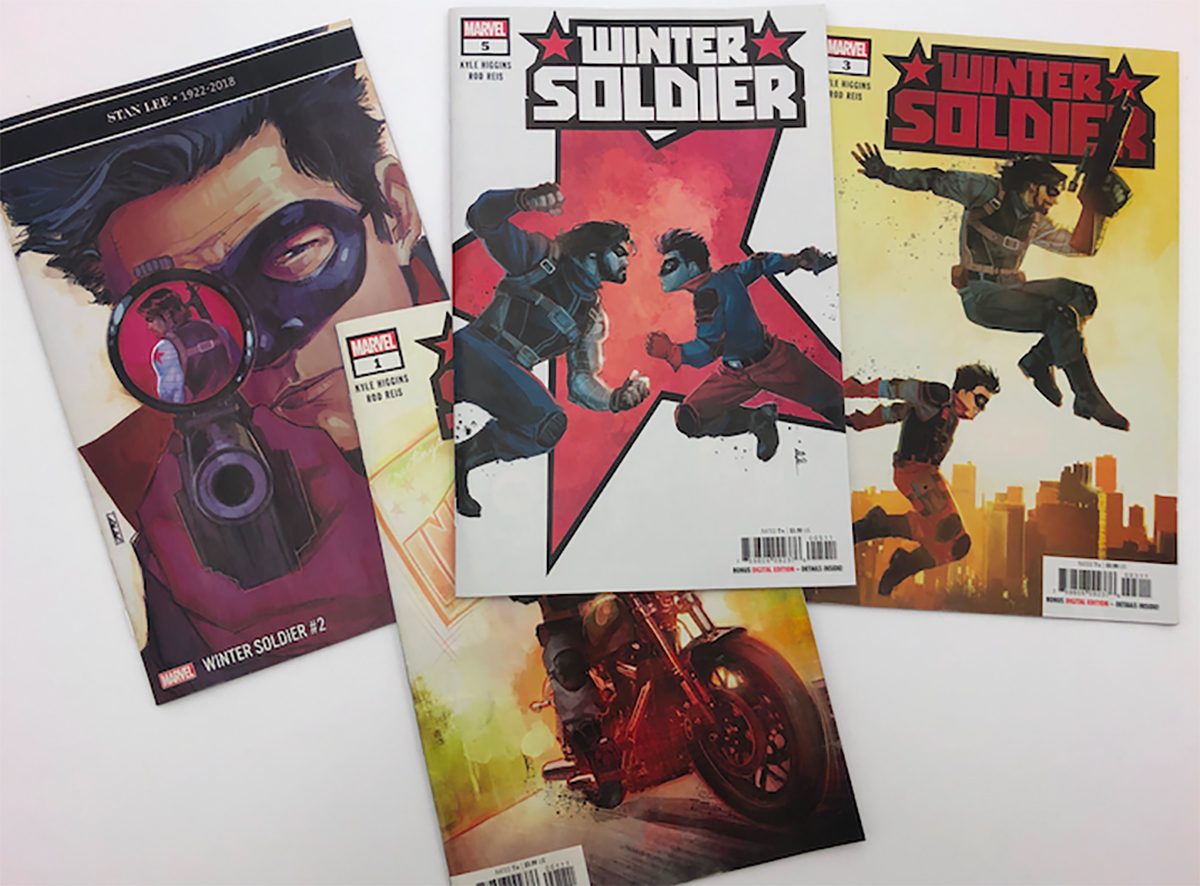 **Spoilers for the Winter Soldier series by Kyle Higgins. Go read that first because it’s perfect and you should read it.**

Bucky Barnes may not have been able to save RJ Boyle, but at least he’s dedicating his life to helping others in the final issue of Winter Soldier. In the last issue, we saw the downfall of Richard Boyle, RJ’s real father. When he came back into RJ’s life, Bucky was skeptical and eventually discovered that Richie was working with Hydra to try to get money to pay off his debts.

When Richie confronted Bucky and attacked him, the altercation ended in Richie’s accidental death. Though accidental, his death still weighed heavily on Bucky. How was he going to tell RJ what happened? Within the final issue, Bucky is confronted with his own feelings about it, his dedication to helping RJ, and what it means to help those agents trying to escape from Hydra.

What I love so much about this series is that it shows the best aspects of Bucky Barnes. In the MCU, we see a Bucky who just wants to remember his past, and that’s often all we focus on, and we don’t look into why he wants to remember. While this comic goes back to Bucky’s origins, we do get to see some of that same Bucky come to life.

Kyle Higgins does an incredible job with Bucky as a character, focusing on what makes him so amazing, separate from his history as a prisoner of Hydra. We love this character for his deep-seated need for redemption, not because of his murderous streak being a pawn. He’s the kind of character that uses his trauma to help others, and even when he doesn’t know if he can still do it by the end of the issue, he still answers the call to help someone because that’s just who he is.

If you haven’t read the series yet, you definitely should, because Kyle Higgins brings to life a Bucky Barnes who will do anything to help those who are trapped by Hydra, even if he doesn’t think it will redeem himself. It’s a beautiful take on the character and one that fans of the MCU will definitely enjoy. Also, can we let Kyle Higgins write all the Bucky Barnes comics from now on please?