Look, I love Bucky Barnes with my whole heart, and I thank the gods for this comic. 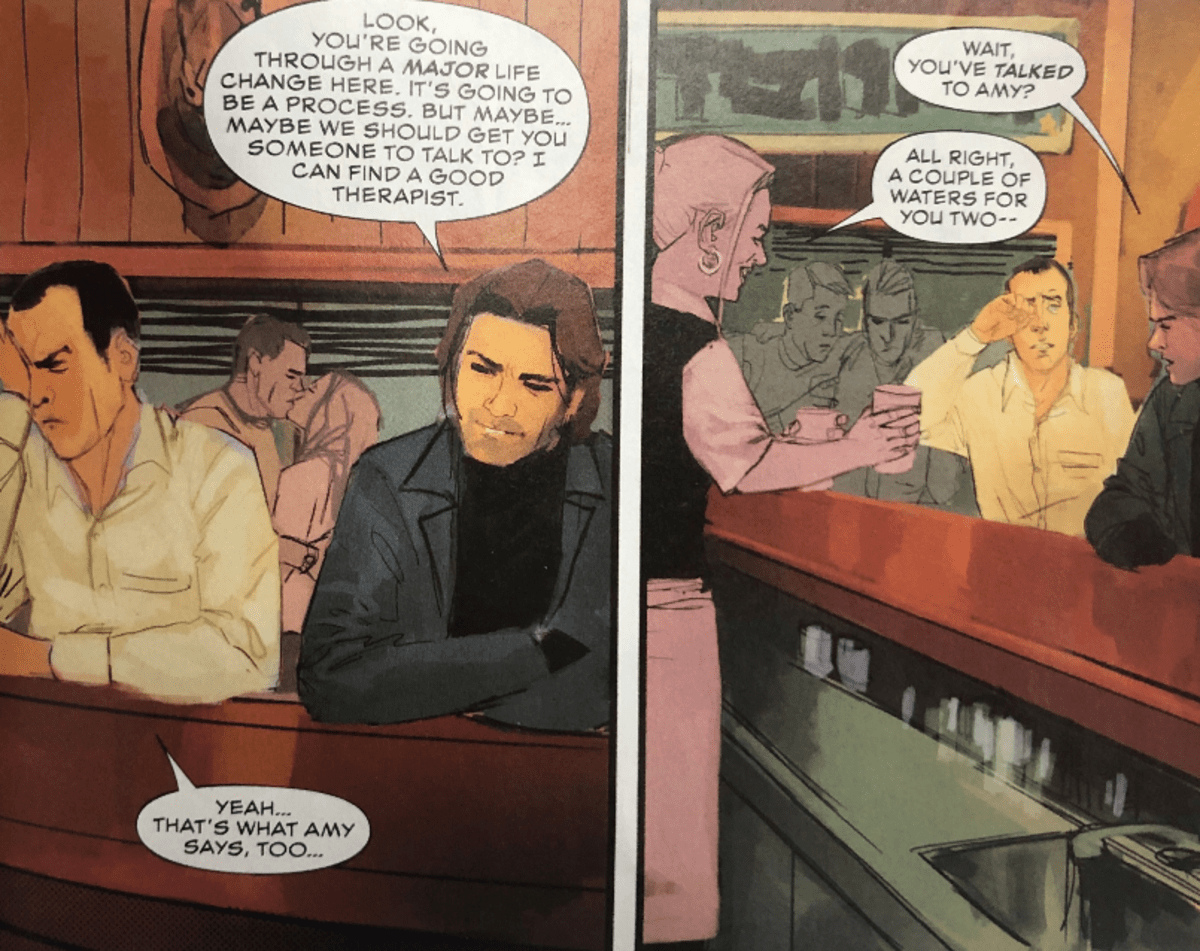 **This post contains spoilers for the first issue of Winter Soldier by Kyle Higgins and Rod Reis.**

Winter Soldier shows Bucky Barnes taking hold of his situation and helping those lost in the grip of Hydra, and beyond. A reimagining of the character, Kyle Higgins brings Bucky into this new role to help him on his own path towards redemption, meaning he is making it his goal, with Tony Stark and Sharon Carter, to help those who are working for Hydra and want to get out.

“My name is Bucky Barnes. Some people call me the Winter Soldier. I’ve done a lot of bad things. And those things don’t go away, even after you get a pardon from the government for fighting Hydra. Nothing can ever undo what I’ve done. But maybe I can keep other people from ending up like me.”

The comic brings to light a bit of backstory that many of us might not be too aware of: Bucky Barnes’ Midwest upbringing. Though the MCU makes it seem as if James Buchanan Barnes is a Brooklyn boy, just like Steve Rogers, he was originally born in Shelbyville, Indiana, and didn’t meet Steve until he was already a private.

Winter Soldier shows that, even though Bucky is technically a free man, he’s using his abilities to help people. In the beginning, he saves Arthur Hayes, a man who wants to get out of his line of work, and Bucky is ready to assist. He gives Arthur a new last name, a new home, and a new job, and sets him up for a fresh start.

He did the same thing for Terry, a man who was torturing people for Hydra, and now Terry is having trouble in his new life, and Bucky has to drive to Wisconsin on his motorcycle.

Bucky, when sitting with Terry, learns that Terry was still in love with a Hydra agent named Amy, who he still talks to, and before Bucky can get them out of there, a new Hydra foe comes into his life—and honestly, I feel bad for my favorite hero.

RJ, the new Winter Soldier, comes into the bar, effectively killing Terry and about to kill Bucky at the end of the first issue, proving that Bucky may never be free from the grip that Hydra holds on him. Even now, as he’s trying to make himself a better person, working towards saving others in the way Steve Rogers and friends saved him, he is thrust back into Hydra’s grip and still tracked by them.

Bucky is a meditating, cat-owning super soldier who just wants to help people, and now he has RJ to worry about. Can’t wait for more of this turtleneck-wearing James Barnes, though.