[UPDATED] Gamergate Death Threat Is a Slam Dunk for Prosecutors. Will They Act? 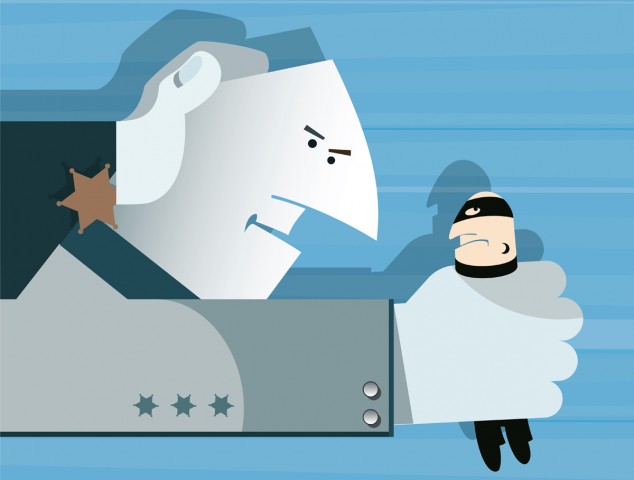 [Editor’s Note: We’ve written about the serious harassment video game developer Brianna Wu has received many times on The Mary Sue. Today she’s here to tell us in her own words how the police aren’t doing anything about it.]

“I’m coming to your fucking house right now. I will slit your throat you stupid little fucking whore. I’m coming, and you’d better be fucking ready for me.”

The death threat you can hear in this tape comes from Columbus, Ohio. The prosecuting attorney in that district is Ron O’Brien. If he wished, he could bring criminal charges against this man by the end of the day.

My name is Brianna Wu. I’m a software engineer and the head of development at Giant Spacekat. Sometimes, when I’m not making games I have opinions about my own equality. For this, I’ve had over 100 death threats sent to me by the hate group known as Gamergate in the last nine months.

I’ve been in most of the major media in the world talking about this game industry hate group, including the Washington Post, CNN, the BBC and MSNBC. I went on Nightline to talk about them. I have an employee at my company whose entire job it is to research and catalogue these threats for law enforcement.

And yet, terrifyingly, nothing has been done.

On my hard drive, I have the name of a man that sent me death threats so explicit and shocking, they made a Law & Order episode about them. I have identifying information about this person, and sent them to the FBI almost 9 months ago. Right next to them sits 5 other cases, meticulously documented for law enforcement.

Terrifyingly, nothing has been done.

Terrifyingly, nothing has been done. After Elliot Rodger, we know these threats have to be taken seriously. Does someone have to die before law enforcement does their job?

The man in the tape above has called my house repeatedly. When my husband picked up the phone he whispered in dark tones to him about his plans to murder me. Just as terrifying as the threat itself is the feeling of helplessness I have any time I contact law enforcement.

Ohio prosecuting attorney Ron O’Brien can be the man to step up and take a stand against Gamergate on behalf of women everywhere. Ron O’Brien, this case could not be more clear. The evidence on tape speaks for itself, and you have it in your power to subpoena his name from phone records.

Tech journalist Peter Cohen famously called Gamergate “emotional terrorism.” It’s an apt description, because their goal is to terrify all women in the game industry into silence. Ron, we need your help. Will you be the man that takes a stand of behalf of women everywhere?

Just got off the call with prosecutors in Columbus, Ohio. I feel very confident that my case will be looked into. Thanks for all your help!

Everyone I’ve talked to there has been professional and very helpful. You don’t help my case if you attack them. These things happen.

Just had a delightful call with Ron O’Brien, the prosecuting attorney in Ohio. You can stop calling his office.

[UPDATE 5/22/15 at 5:52PM EST] Wu has given an update to Columbus Biz Insider on this situation regarding O’Brien’s office saying they had no criminal complaint on file, and has provided The Mary Sue with an additional exclusive statement:

I spent most of today on the phone with various people in Ohio. I had a long talk with Ron O’Brien, who was both polite and professional. I also had a long talk with the city’s prosecuting attorney. They are in touch with the FBI, the federal prosecutor, and have been sent all the relevant evidence of this case.

It’s worth clarifying, my frustration is with law enforcement overall – not with the Ohio prosecutor’s office. My hope in writing this piece is that they can be the ones to bravely step forward. While I appreciate the people who have phoned and emailed them – it’s well in hand. Let’s get out of the way and let law enforcement do their job.