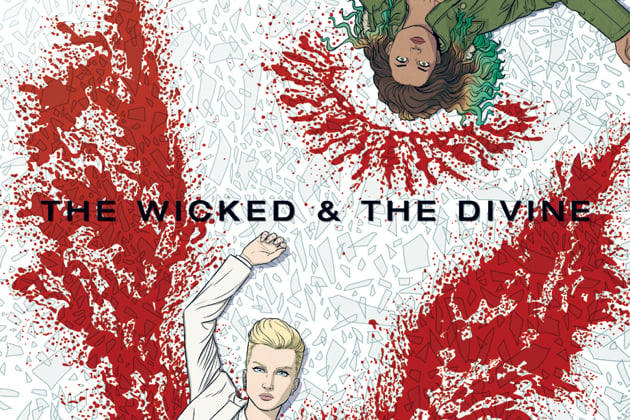 The Kieron Gillen/Jamie McKelvie-helmed breakout comic hit The Wicked + The Divine is soon going to make its way to your eyes and earholes, kids. Better brush up on your obscure music knowledge now, lest you get left behind in the wake of those none more goth.

The series was recently optioned by Universal TV to–wait ’til you hear this–the one and only Milkfed Criminal Masterminds, the Matt Fraction and Kelly Sue DeConnick production company created to be a launching pad for comics entering the TV realm. It’s important to note that this is the same company set to produce Sex Criminals into a freakin’ TV show. I KNOW, RIGHT?!

If you (somehow) don’t know what The Wicked + The Divine is about, the premise is fairly complicated but here goes anyway: every so often, a group of gods and goddesses are reincarnated into the bodies of teenagers and young adults. This group is called the Pantheon, and they’re all essentially based on legendary music artists and groups. There’s rivalries between those in the Pantheon, and no shortage of obsessed fans who are trying to (in one way or another) join the Pantheon themselves.

Expectations run high for a show like this, especially given that it’s backed by Milkfed Criminal Masterminds. It’s comics creators all the way down, y’all.