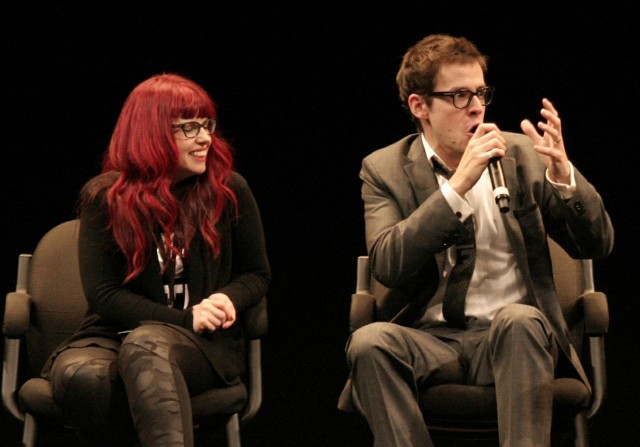 According to an exclusive from Deadline, everybody’s favorite comic-book writing couple is making the jump to television thanks to a new two year deal between their production company, Milkfed Criminal Masterminds, and Universal TV.

Presumably their celebrated work with Marvel (Hawkeye, Captain Marvel, Avengers Assemble) will not be eligible for adaptation given rights issues, but the pair is already working with the company to produce Sex Criminals as one of their first projects. The Image Comics-produced series by Fraction and Chip Zdarsky was named Time Magazine’s best comic of 2013 and won Best News Series at the Eisner Awards, and is also just generally ridiculously awesome.

“We’re always excited to usher in fresh voices to the television space, and we couldn’t be more thrilled to partner with Matt and Kelly Sue, a fantastic pair whose award-winning comics are as deeply realized as they are entertaining,” Universal TV EVP Bela Bajaria.

Fraction and DeConnick also plan to use Milkfed Criminal Masterminds as a launchpad for IPs from other comic creators, as well as for original TV content not adapted from comics. This is ridiculously exciting news and we couldn’t be happier for them, what about you?