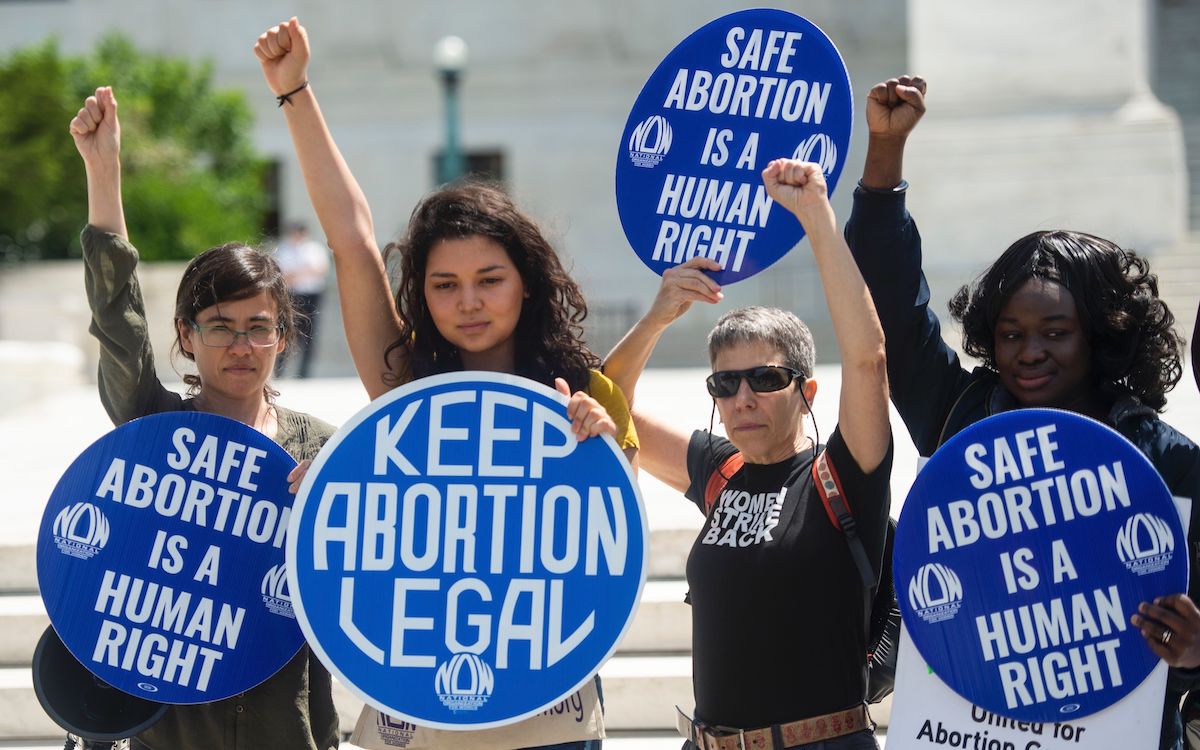 In a five-to-four opinion, the U.S. Supreme Court today ruled that a Louisiana law that required abortion providers to have admitting privileges at local hospitals was unconstitutional. In a massive victory for choice and maintaining legal precedent, Chief Justice John Roberts concurred with the liberal wing of the court in June Medical Services v. Russo (formerly known as June Medical Services v. Gee) and made a big statement about the future of abortion in America.

June Medical was the first major test of the Trump court on the issue of abortion, involving a the case of a so-called “TRAP” (Targeted Restriction on Abortion Providers) law out of Louisiana. These laws, which require providers to have admitting privileges at hospitals and place other unnecessary burdens on them are common anti-choice weapons meant to stop abortions with superfluous “safety” measures. A nearly identical law to the one in question in Louisiana had been struck down in Texas, in the case of Whole Woman’s Health v. Hellerstedt.

Now, here’s where it gets interesting here and why this case was so important: Despite the ruling in Whole Women’s Health, abortion opponents in many states have continued to enact TRAP laws and other restrictions on abortion, because the makeup of the Supreme Court has changed since 2016, when Justice Anthony Kennedy sided with the liberal wing of the court (Breyer, Ginsberg, Sotomayor, and Kagan) in ruling against the Texas law.

In that case, Chief Justice Roberts ruled against striking down the law, so many assumed that, now that Kennedy has been replaced with Brett Kavanaugh, the balance of the court had shifted enough that anti-abortion forces would finally get a ruling that could strike a serious blow to choice … except John Roberts ruled differently here.

In a concurrence that may go down in history, the Chief Justice reiterated that he believed Whole Women’s Health was wrongly decided, but since it was precedent, it needed to be upheld and adhered to. Roberts wrote,

The legal doctrine of stare decisis requires us, absent special circumstances, to treat like cases alike. The Louisiana law imposes a burden on access to abortion just as severe as that imposed by the Texas law, for the same reasons. Therefore Louisiana’s law cannot stand under our precedents.

This is a big deal, but it’s also consistent with the kind of jurist Roberts has always been. He’s said in the past that the job of a Supreme Court justice is to follow the law as it is, and this ruling is consistent with that. To him, the principle of stare decisis—the legal idea that once something has been decided, the law should stay that way absent special circumstances—is paramount. That’s not surprising, given how Roberts has ruled before, but it’s incredibly important when it comes to the future of choice in America.

When Anthony Kennedy resigned, many of us worried that it was the death knell for federally recognized abortion rights, and that Roe v. Wade‘s days were numbered, but in siding with the pro-choice wing of the court in June Medical, John Roberts has indicated that might not be the case.

Roe v. Wade is an incredibly important case with incredibly shaky legal reasoning behind it, which is why it’s seen as so vulnerable, but with Roberts saying that he will uphold court precedent even when he doesn’t agree with the original case, he’s potentially signaling that he is not open to overturning Roe at some point in the future.

This is massive. Roberts’ rulings in recent weeks—on the side of LGBT employees, in favor of allowing Dreamers to remain in the U.S., and in other cases—have shown him to be a far more adaptable and politically pragmatic justice than anyone would’ve expected. His vote can no longer be counted on to go lock-step with the conservative justices. He’s placing himself in the position of the swing vote that Kennedy once occupied, and that’s, if not cause for celebration, cause for way more hope than many liberal advocates had before.

This ruling sends a big signal to anti-choice legislators and advocates: stop. Stop chipping away at abortion rights in the hope that you’ll eventually get the Supreme Court on your side. But it’s also a warning for pro-choice advocates, because it’s still only one vote that’s standing in between abortion rights and sending us back in time, which means that the next appointment of a Supreme Court justice will be incredibly important, and that makes the next presidential election even more vital to our future.