Why Is Bad Knight Friend aka The Last Duel Underperforming? 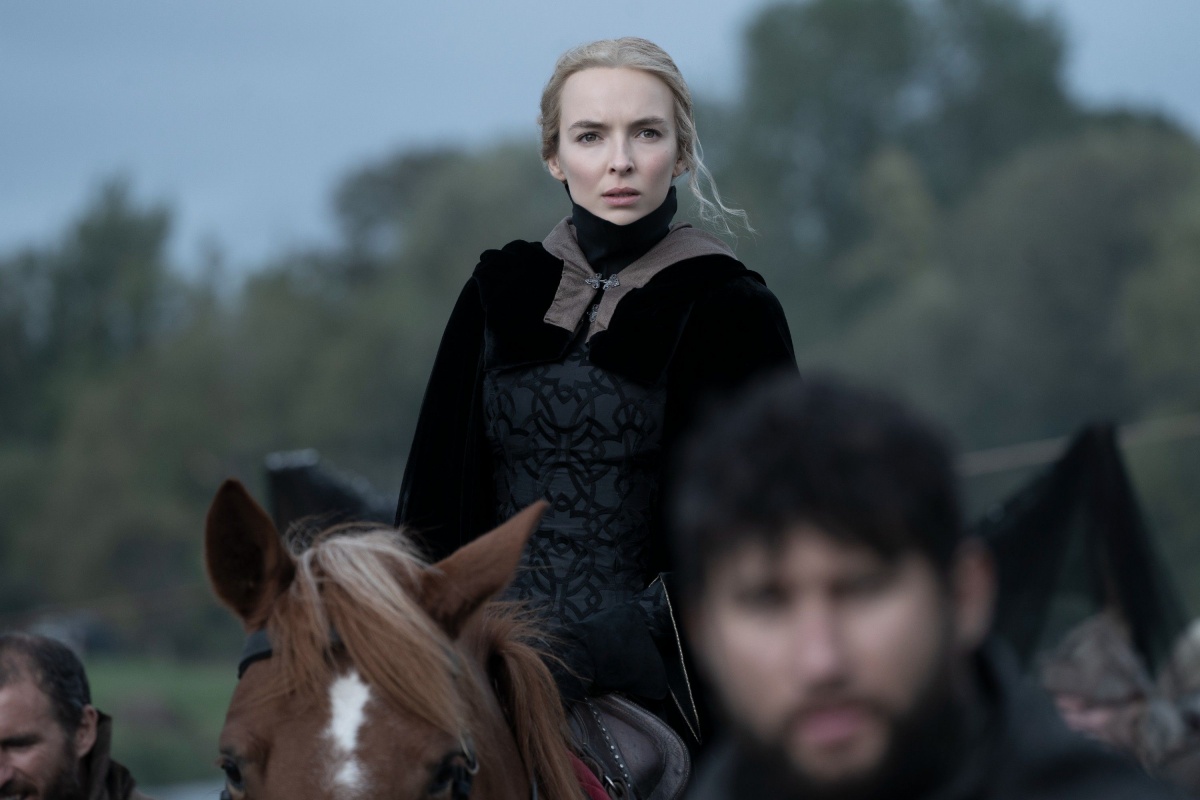 Ridley Scott’s The Last Duel has “underperformed” in theaters with a box office of $4.8 million, only getting two percent of moviegoers into seats.

The Last Duel tells the story of two Norman nobles, Jean de Carrouges (Matt Damon), a knight, and squire Jacques Le Gris (Adam Driver) who fight to death in a duel after Carrouges’s wife, Marguerite (Jodie Comer), accuses Le Gris of raping her. It is inspired by real events from history.

While underperforming is a strange topic in the COVID-19 era, one aspect that makes The Last Duel‘s low revenue stand out is the fact that Halloween Kills has made, according to The Hollywood Reporter, “$50.4 million despite a dual release on Peacock.” Now, it doesn’t surprise me that during the Halloween seasons a horror movie outperforms a period drama. But it does speak, in the eyes of many, to a lack of older demographics going to the movies.

No Time To Die managed to pull out older demos with “25 percent of ticket buyers saying it was the first time they’d been back to the cinema since the pandemic began.” Just speaking from personal experience, while I brought my mother to see Shang Chi, she actually got tickets for herself and my dad to go see James Bond, because if she’s gonna risk it—it’s for that Bond biscuit. When I bring up The Last Duel, people usually go, “Oh that Matt Damon movie right?”

Period dramas aren’t dead. I knew many people were eager to watch The Green Knight and it ended up making $15 million in the end against a $18 million budget. With a $100 million budget, Duel has a much steeper hill to climb and it doesn’t even have one of the big gets and selling points of Green Knight: diverse casting.

Now, I know that might seem silly, but before you pull out your race-baiter comments just lemme get this out. It has been said that we don’t have “movie stars” the way that we used to. People are drawn into the brand of a film and diversity can be part of that brand. The Green Knight used that well by casting Dev Patel as the lead of an Arthurian legend.  It drew me in and even though I found the film largely … fine, I was glad I saw it for his sake.

Nothing about The Last Duel pulls in that kind of interest. In fact, director Ridley Scott infamously once said, “I can’t mount a film of this budget, where I have to rely on tax rebates in Spain, and say that my lead actor is Mohammad so-and-so from such-and-such. I’m just not going to get it financed. So the question doesn’t even come up” concerning his 2014 film Exodus: Gods and Kings, which became a box-office bomb. He was attempting to explain why he had cast white people as Egyptians.

Scott’s next film, House of Gucci, has the draw of Lady Gaga and a bunch of A-List stars sporting Italian accents, but The Last Duel, a film that centers around an accusation of sexual assault and deals with a time period most people don’t know a lot about, doesn’t have a huge draw. I’m sure the film would have probably still underperformed a bit if it wasn’t a pandemic for that reason.

While I haven’t seen The Last Duel yet, I have plans too. I wrote about the historical moment that inspired the events and read the book that was a based on. I think it is an interesting topic, and while I have heard the performances were excellent, it feels like something that needed something more to sell it. Something beyond Matt Damon and Ben Affleck’s writing reunion.