If You’ve Ever Wondered Why Peeps Are Such a Thing, Wonder No More! 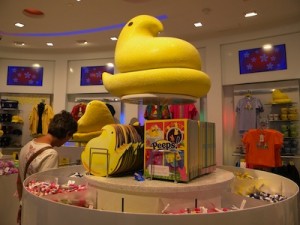 Every year around this time, and even when it’s not this time, marshmallow Peeps have themselves a moment. People think of clever, unconventional recipes for them, they make them re-enact scenes from classic literature, all kinds of things! And all with those yellow sugar-covered, vaguely bird-shaped marshmallow treats. But how did they emerge from the pastel plastic grass of the Easter basket to land squarely into the epicenter of pop culture (to the joy/annoyance of many)?

LiveScience has been wondering this too, and they conducted a little investigation into the history of the Peep. They come from Pennsylvania, specifically from a company called Just Born, which is also responsible for Mike and Ikes, Hot Tamales, and the Goldenberg Peanut Chew. But it’s the Peeps that have emerged as the real star of the show, especially when it comes to creativity. Probably because it is shaped like an animal, of sorts. It began with the original “seated bird,” created in the 1950s (when they were handmade), then evolved into bunnies, and eventually a variety of traditional holiday characters. But with their vacant expression — and the fact that birds are just kind of funny in general — it’s Peeps who end up in dioramas, re-enacting scenes from The Odyssey. Like “The Blinding of Polyphemus”: 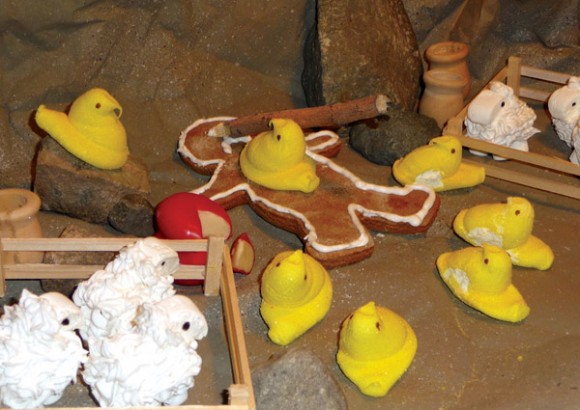 And “The Fate of the Suitors”: 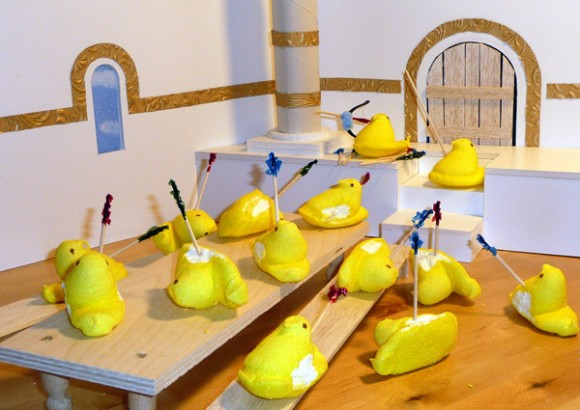 But the public’s handiwork has gotten so much attention that the company behind the Peeps now sponsors its own contests and posts its own recipes. It’s not really a case of “if you can’t beat ’em, join ’em” as much as it is jumping on its own bandwagon. They’re also on Facebook, where they communicate with over 200,000 fans, plus they’re on Pinterest. Pinterest! They are so current!

They’re newest venture is retail stores centered only on Peeps, because that’s exactly what we need right now. A tangible place to be surrounded by Peeps. Scoff all you want — that store would smell amazing.