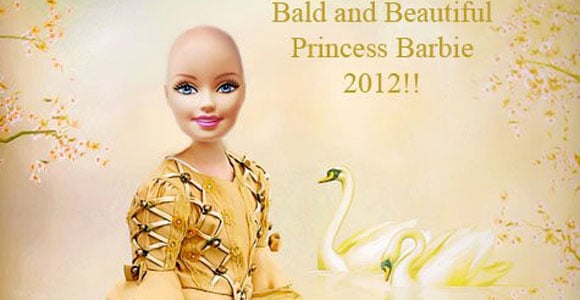 There have been countless Barbies sold since they first hit shelves in 1959 and while you’ve got your run of the mill versions there have also been numerous special edition Barbies. Things like their holiday Barbies, Barbies made to look like Hollywood stars etc. Well one group is now asking Mattel, makers of the famous doll line, to create a bald Barbie for children who have lost their hair due to cancer or other illnesses. And we’re here to say, Mattel, what’s taken you so long?

Beckie Sypin, a co-founder of the cause, recently spoke with ABCNews.com about the movement which now has over 50,000 likes on its Facebook page (and growing rapidly), “Bald and Beautiful Barbie.” She told them, “We hope it gets the message out that being bald is beautiful and is no big deal.  There’s no need to cover up.”

Sypin’s 12-year-old daughter Kin Inich lost her hair after chemotherapy treatment but cancer is not the only condition she hopes to help and spread awareness about, alopecia and trichotillomania are two others. “She said if they make one, she would totally get it,” Sypin said of her daughter’s thoughts on the subject.  “The first thing said was if they make that doll, she would buy a bunch and take them to a children’s hospital and give them to children with cancer.”

Jane Bingham is Sypin’s friend and the other co-founder of the Facebook page. She lost her hair while undergoing treatment for non-Hodgkin lymphoma. “My daughter had some difficulty accepting me going from a long-haired blonde to a bald woman,” she wrote in a blog, saying a bald Barbie could be a great way for young girls to cope with hair loss that happens to them or someone they know.

It seems like a no-brainer to me. After all, Mattel has sold special edition Pink Ribbon Breast Cancer Barbies, designed by Robert Best, in order to raise money and awareness ($2.50 is donated to the Susan G. Komen Breast Cancer Foundation for each doll sold, with a guaranteed minimum donation of $25,000). But not everyone is behind them. Some have suggested simply shaving or cutting the hair off of an already purchased Barbie. Here’s what that looks like. 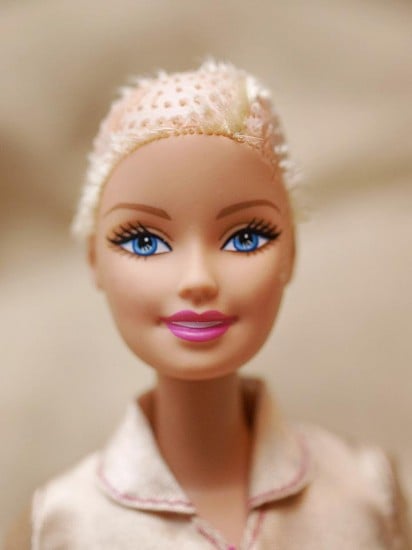 Thanks, but no thanks, they say. They’d prefer something specially made for the cause, something more like this. 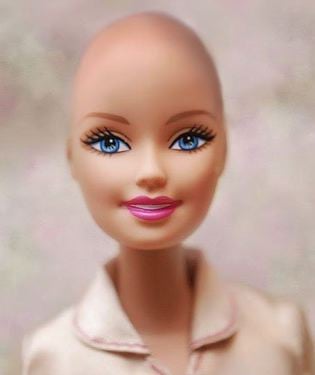 According to WCBS, Mattel made a one-of-a-kind bald Barbie for a 4-year-old cancer patient in New York last year. So it seems they aren’t opposed to the idea but perhaps they’re not ready to have their brand, forever associated with perfect beauty, be associated with something they don’t find attractive. I could be wrong of course but I’m not sure why they wouldn’t consider it. Though Sypin did receive a reply from Mattel who told her they do not accept ideas from outside sources. A lot of manufacturers take this stance to protect themselves from potential law suits of course but something tells me Sypin isn’t in this to get rich.

If the doll gets made, Sypin says the proceeds would go to a children’s cancer charity. “The women also started a ‘Bald G.I. Joe Movement’ Facebook page to help young boys dealing with baldness.  The women said so far, the response from Hasbro, G.I. Joe’s manufacturer, has been positive,” according to ABC who also attempted to reach out to Hasbro and Mattel but have yet to get a response. “We hope either Mattel does look at it and says okay, or that another company will pick up on the idea.” she said. After all, not everyone approves of Barbie dolls in the first place, so another company would be a viable option, but the visibility, marketing and brand name that goes along with them would certainly be a big advantage.

Lots of users are sharing their and their loved ones cancer stories on the Facbook page and showing their support to help get the doll made. What are your thoughts? Should Mattel make a Bald and Beautiful Barbie?