We’ve been excited about Doctor Who‘s latest companion, Bill Potts, for a while now. Well, if you saw actress Pearl Mackie bring Bill to stunning life in the show’s S10 premiere “The Pilot” over the weekend, you’ve likely already fallen in love with her. Of course, change isn’t easy for people, and there are always going to be some who are skeptical of a new companion no matter what. Here are some reasons why you may just become smitten if you give her a chance.

Yes, She’s a Woman of Color!

The thing that most people noticed and talked about from the moment the character was introduced was that we were finally getting another black companion. Considering that in over fifty years of Doctor Who, Mickey was the first black person to set foot on the TARDIS in 2005, and Martha was the first black full-time companion in 2007, this is a pretty big deal.

For most, this in and of itself was exciting news. Yay representation! Of course, for others, this was yet another sign of “SJWs” ruining everything. I mean, what’s next, a female Doctor? *sigh*

As trailers were released, people began forming more concrete opinions, and those who loved her seemed to love her because she’s a black character who is a positive female protagonist. Those who didn’t love her started bending over backwards to insist that their dislike of her had nothing to do with her being black. *more sigh*

The truth is, before “The Pilot” aired, none of us had enough information to make a judgment on the character one way or the other, and now that we’ve seen her in action, I’m happy to report that Bill being black, while hugely important and exciting, is also the least interesting thing about her.

I love that we have a woman of color on the TARDIS again (and that black Whovians have her as a new cosplay option). I love that Bill rocks her afro majestically, providing an alternative image to Martha Jones’ straightened locks. I love that, even though she has a white foster mom, we get to see her mourn and look at her black biological mother (do I smell a future episode where Bill gets to see her mom again, a la the “Father’s Day” episode for Rose?), and I hope that she lasts longer than one season, which would be a huge first for a black companion. (Yes, Martha reappeared on both Doctor Who and on Torchwood, but she only got one season as a regular companion).

Still, her being black isn’t even what makes her awesomesauce. It’s an added bonus. 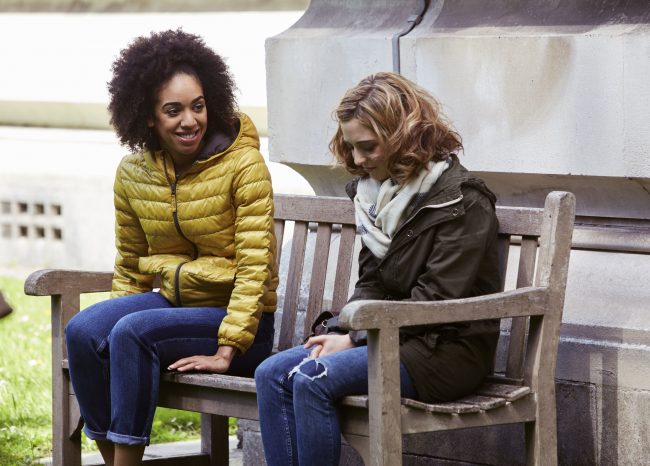 As we got closer to “The Pilot” airing, and once people got tired of talking about Bill being a black companion, we heard that Bill was also an LGBTQIA character. This is an even bigger deal than her race in that there has never been a queer companion on Doctor Who (and no, your Second Doctor/Jamie fan fic doesn’t count. I mean, it should, but it doesn’t). The closest we’ve come is Captain Jack, but while he traveled with the Doctor a bit, he wasn’t a full-time companion (though he did get his own show, which is pretty sweet). Obviously, there’s also Madame Vastra and Jenny, but they too are supporting characters. This is the first time that a long-term resident of the TARDIS is LGBTQIA, and I am here for it.**

Even better than this basic fact, however, is how it was handled in the episode. This was all the more impressive considering that showrunner Steven Moffat wrote the episode. In the past, I’ve complained about his writing of gay and lesbian characters: grateful that he wanted to include them, but disappointed in how they seemed to be shoehorned in and inelegantly written to make a point of their inclusion. (See! I included gay people! Lookit! Lookit!) In the specific case of Vastra and Jenny, I thought some of his writing for them a bit male gazey and weird. Lots of jokes and tongue motions that felt more like what a dude enjoys watching women do, rather than what two actual female characters who are married to each other would say or do. As much as I’m #TeamVastraandJennySpinoff, I’d prefer for someone else, preferably a woman, to write it.

Bill, however, has been handled wonderfully. Not only is her sexuality integral to her personality, but it’s also integral to the plot of the episode in a really beautiful way. Her attraction to women is established right at the top of the episode as she tells the Doctor (who she thinks is a really cool university professor) about a crush that she has on a female student who always comes into the cafeteria, where she serves chips. She alludes to her sexuality again when her foster mother warns her about her new, cool university professor who’s taking an interest in her,

Later, we see her crushing on a girl named Heather (Stephanie Hyam), with whom she had a chance encounter at a bar and with whom she is reunited on the university campus—the girl with a star in her eye. It’s her attraction to Heather that propels their continual meeting, that causes an alien oil puddle that is piloting Heather’s body to continually follow Bill, and ultimately it’s the thing that makes Bill’s eventual release of Heather so sad. Hell, when Bill joins the Doctor, he tells her that it’s a big Universe and that they may well find Heather again. There may be more to the Bill/Heather relationship than one episode, and that would be a beautiful thing. 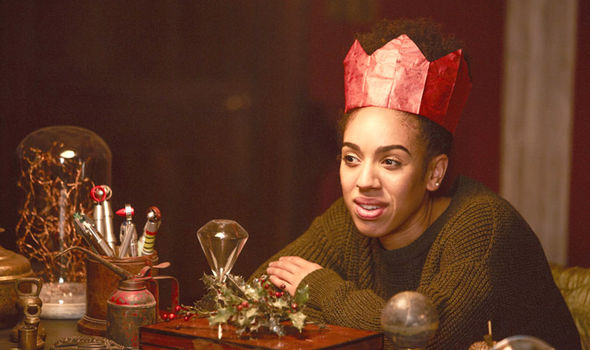 She may not be an enrolled student at the university where she serves chips, but unlike Rose or Donna, she doesn’t need the Doctor to unearth hidden potential, or to show her that there’s more out there than a dead-end job. She prioritizes knowledge. Of her own accord, she attends the Doctor’s classes simply because she’s fascinated by his lectures on physics and time. She might not be “Type A smart” like Martha, but she’s absorbed a huge amount of knowledge simply by being a human being who’s curious about the world around her, and she’s quick and clever in new situations because she loves to learn.

While Bill is unique in so many ways, she also has a lot of past companions’ best traits, evoking them while subtly avenging the wrong done to those companions by the Doctor. Hell, the jacket Bill wears in “The Pilot” seems like it was taken right out of Ace’s closet.

There’s a moment when the Doctor is about to mind-wipe Bill, and she tells him that she “knows what a mind-wipe looks like” because she’s seen sci-fi. She allows him to take away his memories, but only after reprimanding him and seemingly chastising him on behalf of the viewing audience for what he once did to Donna. Then, “Clara’s Theme” faintly plays, evoking Clara and how she mind-wiped the Doctor as Bill consents to being mind-wiped, but that the Doctor should first think about what it would feel like if this were happening to him. As it turns out, since Donna, he has experienced having memories taken from him, and so this time, he’s able to make a different decision with a companion. 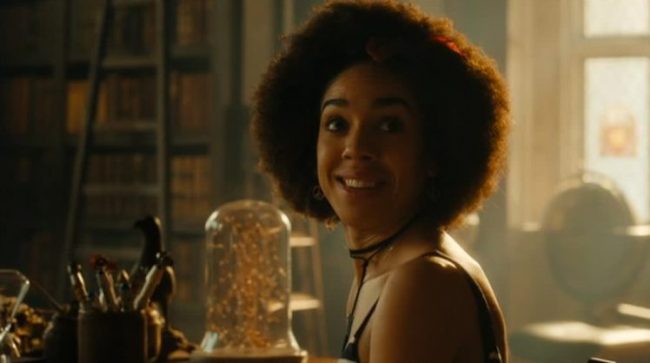 Bill’s straightforward personality, coupled with the fact that she’s uninterested in men romantically, make her someone that seems set up to be a “bro” to the Doctor. Like the Doctor’s relationship with Donna, there’s the potential here for Bill and the Doctor to be friends on equal footing.

Much though I love Clara, and as amazing and powerful as she became over time, there was still that sense of her being amazing for the Doctor. Ie: she’s strong in order to allow for the Doctor to go on being great.

Bill is an equal right out of the gate. Not in intelligence or experience, of course, but in feeling like her ideas and thoughts deserve a seat at the table. There’s no gendered hierarchy here. It doesn’t feel like a mentor/mentee relationship, nor does the Doctor’s mission and life feel More Important than Bill. Whereas Clara and the Doctor were co-dependent “best friends,” Bill and the Doctor could genuinely be good friends to each other.

And then there’s her enthusiasm. She loves learning, she loves figuring things out, and she loves taking risks—she wants to absorb everything simply for its own sake. She’s not someone who is escaping a life she hates, or who needs to be coaxed out of her shell. She goes with the Doctor because she wants to, not because she needs to.

In part, she goes with the Doctor because there may be a Heather out there for her, but the way she was putting things together (seeing the TARDIS, seeing the Doctor and Nardole sneaking around, etc), it was only a matter of time before she decided to go with him anyway. And he would’ve been a fool to say no.

Shout-out to Pearl Mackie, who’s doing amazing work in this role and has done in one episode what it took Clara years to accomplish: winning my heart.

**There were hints that Clara was bisexual as, even though we only ever saw her with male love interests, she talked a lot about what a good kisser Jane Austen is. I wish that had been made more clear.