Science Explains Why Advice Animals Are So Popular 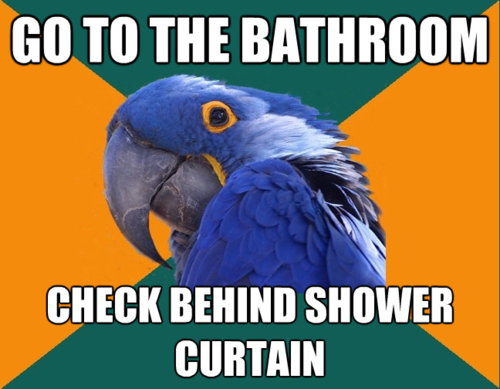 It’s safe to say that the internet is full of animals. And not just cats! There are penguins, parrots, frogs, raccoons, philosoraptors and wolves of all kinds out there, displaying colorful backgrounds and being just a little too like us for it not to be funny. Now it may seem obvious that we tend to find images of animals compelling in a different way than images of humans. I mean, Cuteoverload.com almost never posts pictures of human babies. And science, which never sleeps, seems to indicate that the reasons behind this difference are even deeper than we would have guessed.

According to Ars Technica, researchers have found that the amygdala, the part of the brain that processes much of our instinctual emotional reaction to things, reacts to images of animals much faster than images of humans.

A group of neuroscientists has tested whether the amygdala responds differently than other parts of the brain to various categories of stimuli, such as people, landmarks, and animals. The researchers monitored 1445 single neurons in three parts of the brain: the amygdala, the hippocampus, and the entohinal cortex.

There was no difference in how neurons in the hippocampus responded to these different images, and neurons in the entohinal cortex responded similarly to all categories except people. The amygdala, however, was hypersensitive to animal images; neurons in this area of the brain were four times more likely to respond to pictures of animals than to images from any other category. Not only were neurons more likely to respond, but they responded nearly 20 percent faster to animal pictures than to any other type of image.

It would make sense that the human brain would evolve a way to identify animals in its environment and swiftly categorize them as friend or foe, however, scientists found that the brain response did not show much difference in response between cute and scary animals. So the amygdala’s particularly evolutionary role here appears to be to simply say “THAT is an animal” and let the rest of the brain sort out what to do about it. Its quick response may even go to explain how placing an animal characterized with particularly human foibles on a pinwheel of color is such a popular QuickMeme format.

So just think about how annoying your amygdala is the next time you’re scrolling through r/advice animals.