Review: Whitewashing Isn’t the Only Terrible Thing About Gods of Egypt 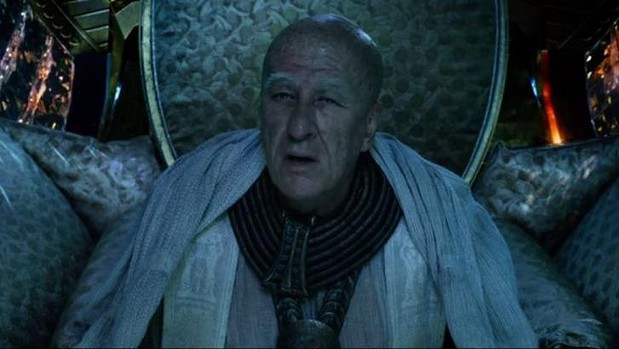 Friday night, I saw Gods of Egypt with a friend. We knew it was probably going to be bad but hoped it might be so-bad-it’s-good. We were definitely curious because—in trailers, at least—it looked like a parody of fantasy in the age of Game of Thrones. Its trailer had that, “Is this really a movie?” quality. How could this really be a theatrical film? Could it be as bad as it looks? What is it even about? Are there Transformers in ancient Egypt?

We went into the movie under the right circumstances for this kind of film. We planned to go after a long work week as a pressure release. We sat in the back in case of laughing (most important decision). We had candy and went out for mac and cheese afterwards (for a cheesy night theme). We were ready for a bad movie and hoped it might be so-bad-it’s-good. Was it?

Obviously, the whitewashing needs to be addressed first. There’s more diverse casting on screen than I assumed there would be, but that’s even not close to a complement considering how low my expectations were. Like Pan and Cinderella last year, the decision to only cast people of color in supporting roles, while leading roles go exclusively to caucasians, is a glaring problem. I love Jamie Lanister and all, but I would argue Chadwick Boseman is a bigger name, so why wasn’t he given the bigger part? Either way, the movie is racist garbage.

As far as so-bad-it’s-good: not yet, but check back in 20 years. Who knows? Maybe we’ll even be able to look back from a brighter future and mock a time when whitewashing was this rampant and obvious, especially with a complete lack of self-awareness. Yes, this movie has the most important quality of a good-bad movie (earnestness), but that only makes it more tone-deaf and awful. It clearly seems to have been made with the desire of making something of quality that just fails spectacularly, and there are definitely some unintentionally laughable moments—actually a lot of them.

But right now, in 2016, this movie is absolutely terrible, and on top of everything else, it’s too boring and confusing to enjoy in a public movie theater with other paying audience members. This is a movie so bad that it might someday get The Room treatment, with audiences collectively responding to the trash they’re witnessing, but in first-run theaters, it’s closer to the endurance test of sitting through a Transformers movie. No one seemed that interested, and everyone seemed exhausted when it was finally over.

I should say that, among three relatively intelligent people (and with a notebook in hand), I still don’t think I know the actual plot of this movie. If I get this plot description wrong, sorry, but I’m not sorry. P.S. This will contain spoilers:

Two brother Gods (Gerard Butler and Bryan Brown) are born to Ra (Geoffrey Rush. Yup, he’s in this movie). While Osiris (Brown) prepares to give Egypt to his son Horus (Jamie Lanister himself, Nikolaj Coster-Waldau), until Set (Butler) arrives, murders his brother, and removes his nephew’s eyeballs, because that’s where his power is (yup). Set enslaves all of Egypt, including a very annoying couple named Bek and Zaya (Brenton Thwaites and Courtney Eaton). Then, there’s a big fight for Egypt between Horus and Set, which includes Gods Hathor and Thoth (Elodie Yung and Chadwick Boseman).

I suspect people will wonder if this movie is returning to the also not-so-historically-accurate sword and sandal fantasies of the ’80s (Beastmaster, Krull, Hercules). I’m sure that’s how this one got greenlit, but those movies had a charm of feeling almost handmade that’s rarely seen anymore—and definitely not here. The overall digital look of this movie is closer to what we saw in the Star Wars prequels. It was clearly an expensive movie to make, but it ultimately looks terrible. When I, a person who rarely sees bloopers, notice the background footage of people running away repeats from left to right, you know there is a big problem. There’s a lot of forced perspective so that the gods appear to be giants, but they never seem that big, and sometimes, they look the same size as the humans they’re interacting with; other times, the humans look miniature. The monsters seem weightless, and the action shows a lack of directorial understanding of how to stage and cut a fight sequence. They’re choppy, over-edited, and tend to cut before a blow can have impact. Then, there’s the look of the characters and “creatures,” which are so incredibly stupid. I compare this to Transformers because it really looks like someone thought, “You know what Exodus needed? Robots!”

The script, as you might guess, is awful. Plot-wise, the movie skips over so much that I started to think my boredom was tiredness and I’d been nodding off. Nope, I saw the whole movie. They just left things out. The dialogue between characters is operatic—in a bad way. A lot of the actors are putting in a lot of work to “save themselves from the script.” Geoffrey Rush seems to be having the time of his life as he shouts at monsters, and Chadwick Boseman is making an iffy but committed decision to play a ’90s sitcom gay best friend trope mixed with Doctor Manhattan. Coster-Waldau is surprisingly earnest in his performance, although unfortunately, Yung has way more chemistry with Butler than Coster-Waldau, Butler is pretty hilarious in his hammiest performance to date. He yells, “NO,” a lot in this movie.

Brenton Thwaites and Courtney Eaton, on the other hand, are just terrible. Eaton is out of the picture pretty fast, but the fact that the emotional weight of the movie is supposed to involve these two annoyed me to no end. Thwaites is one of the least interesting young leading men we keep getting in movies right now, and his presence here started to grate on me almost immediately, because he’s such a boring actor to watch on screen. Bek and Horus’s buddy movie stuff made me realize why we don’t get Superman movies with Jimmy Olson along for the ride (literally, Horus flies around with Beck a lot, and it always looks stupid).

Talking about why this movie didn’t work and how it could have, I realized that Bek (a name that got laughs) should have been, like Never Ending Story, a younger character so the movie could have at least been for kids. This movie has sex and violence (although the blood is GOLD!), but narratively, it’s structured liked a children’s film. As a friend said, the movie, if it were going to have those elements, should have been a hard R so they could have focused on the really dark stuff in mythology, which made me remember the noble failure that was Immortals from Tarsem Singh.

That’s why Gods of Egypt is getting such terrible critical and audience reactions. The audaciousness of movies like Immortals and last year’s loopy-but-oddly-watchable Jupiter Ascending had a mesmerizing quality because you knew the directors were trying to do something—trying to communicate—even if they didn’t manage to succeed. Gods of Egypt, like last year’s Pixels or Fantastic Four, lacks that key directorial voice and connection with the audience, leaving viewers feeling assaulted by an unfocused mess of a movie.