We Can Send Master Chief to The White House... As a Statue | The Mary Sue 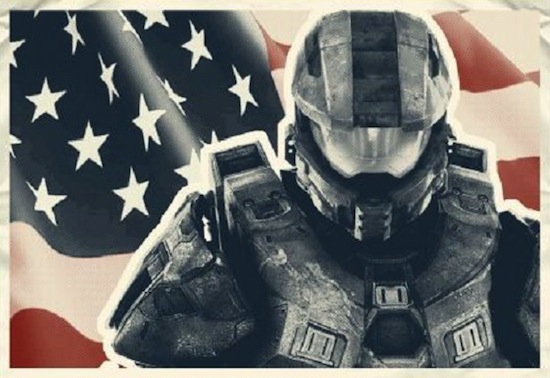 The 2012 presidential election is over, and despite a valiant campaign, Halo series hero Master Chief will not be bringing his personal brand of interstellar diplomacy to the White House any time soon… Or will he? There’s still a chance that fans could get the government to bring everybody’s favorite nondescript space marine to the nation’s capital, at least as a lawn ornament. You see, someone filed an official petition this week suggesting that president Obama commission a statue of Master Chief petty officer spartan John-117 and put it outside the White House.

The White House’s “We the People” initiative allows citizens to file petitions and gathering signatures for ideas that the people feel should be brought to the president’s attention. Any initiative that gets more than 25,000 signatures in a certain amount of time, at least in theory, be reviewed by the executive branch. It’s like a Kickstarter for wild and crazy policies that never actually happen.

Here’s the question: If 25,000 votes will get the government to consider the idea of decorating the White House with a statue of a video game character, how many votes would it take before they actually decided to build it?

(The White House via Kotaku)