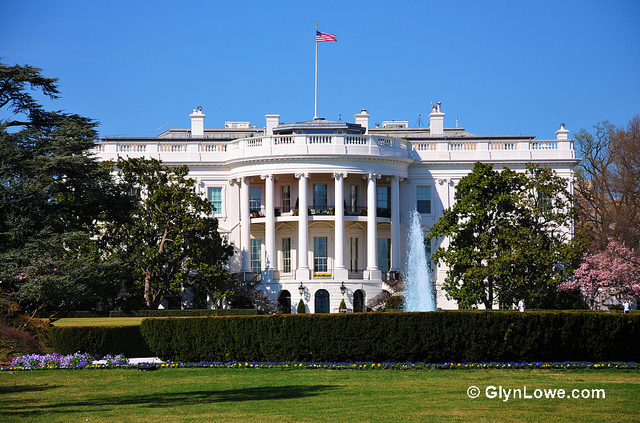 It used to be, in a time long ago, that the most surefire way to make your voice was heard by your elected officials would be to call them. Writing letters and emails is great, but whether one answers them or has to go through each voicemail message, calls have to be dealt with individually. Unless, of course, you’re in the Trump administration, in which case you don’t think you have to deal with anything, including Congress, and you just shut off the White House’s public comment line.

The White House’s public comment line has been closed for four days. Trump’s solution? If you want to leave the White House a comment, you can do it on the White House’s Facebook page. This is advice that makes a lot of sense from someone who sees tweeting as an appropriate primary method of communication for a sitting President.

By all means, clog up the White House Facebook page (and let’s see how long it takes before they decide to take that down all together, too, because it’s not the President’s or government’s job to, you know, listen to the governed), but as reported by Boing Boing, there is now another way to make sure your President hears your voice. It’s called White House, Inc.

Created by Revolution Messaging, which is the digital arm of the Bernie Sanders campaign, White House, Inc. is a tool that connects your phone to a random Trump property worldwide, because “until Trump steps away from his businesses for real, their property is no different from the Oval Office and you want to talk about the issues that matter most.”

“Back in November, Trump said he’d announce his plans for his business on December 15. We’re still waiting. So far, there is no indication that he’d actually be selling his business and divesting his family’s stake. If he sold his business, how would foreign leaders show him that they care by staying in his resorts and greenlighting new projects around the globe? How would you and I show our patriotism by donning our Chinese-made Trump neck ties and shopping Ivanka’s looks from her meetings with foreign leaders – business partners?

LET’S USE THIS CRITICAL TIME TO SHOW TRUMP WE NEED THESE SATELLITE WHITE HOUSES MORE THAN EVER. POUR YOURSELF A LITTLE TRUMP VODKA AND CALL WHITE HOUSE INC. TODAY!”

Of course, we don’t need a tool for that, though having it makes things a lot easier. If the Trump administration finds a way to shut this down, there’s nothing stopping each one of us from just looking up Trump businesses and making the calls ourselves. Perhaps our President will care about us more if he thinks we’re clients or customers? Unlikely. But one thing is for sure: if his managers are constantly reporting that they’re getting phone calls from concerned citizens, Trump will have to do something (like maybe open the White House comment line back up, which is all citizens really wanted/needed?). Unless he’s willing to shut off all phone service to all of his properties, he’ll have to at least acknowledge the calls.

Then again, the way things are going, I wouldn’t put it past this administration to start tracing phone calls to his properties and start coming after people. So, perhaps use White House, Inc. first, for as long as it lasts.

President Trump seems to forget that we’re his boss, not the other way around. Let’s remind him.