Kevin Feige: We May See a LGBTQ+ Marvel Character Within Decade | The Mary Sue

Kevin Feige Says We May See a LGBTQ+ Marvel Character Within the Next Decade, Doesn’t Seem to Know What Year It Is 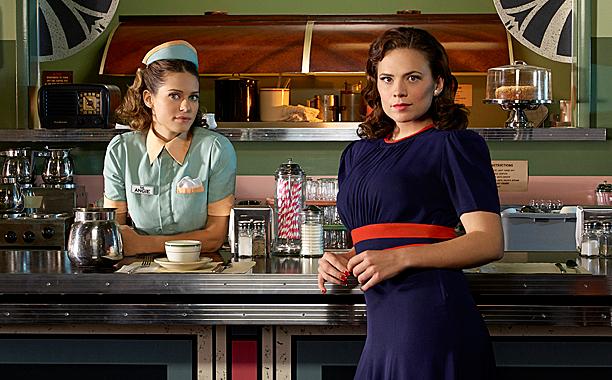 At a recent press day for Ant-Man, Collider asked Feige “if there was a chance of Marvel adding an LGBTQ character to the MCU,” to which the studio president replied, “Within the next decade? […]  I would think so, for sure.” After being asked “if the notion was on the drawing board at all,” Feige continued:

Well in the drawing board going up to 2019 it remains to be seen. The comics always make the path that we get to have the fun of saying, ‘Yeah let’s choose this way or let’s choose this way’ and I think there are a lot of cool things happening in the comics now that—it’s usually a five to ten-year cycle between when something happens in the comics and when we can do it in the movie, sometimes a little less, but Civil War is certainly about the 10-year mark. Winter Soldier, I think, was around that time. So we always look at stuff that’s happening in the comics and go, ‘Where could we do that?’ Sometimes it’s sooner, but there’s no reason why that couldn’t happen in the next decade or sooner.

Speaking recently about Ava DuVernay’s possible role in the MCU, Feige promised “diversity […] it’s important”; but historically his statements about Marvel’s film slate undermine that message. Last year Feige equivocated over a Black Widow movie, explaining that Marvel’s plate was too full (“those are the kinds of chess matches we’re playing”); and now he’s also attributing the MCU’s exclusion of LGBTQ+ characters to his fave scapegoats, timing and scheduling.

It’s not enough to promise representation at some point within the next ten years, especially when it would take relatively little effort to make the MCU more diverse; and if Marvel’s schedule doesn’t allow for that kind of inclusion, then said schedule has been irredeemably flawed since its inception.

I don’t need Peggy’s bisexuality to be confirmed, for instance, (I know what I know in my heart of hearts), but it’s past time for Marvel to stop presenting heterosexuality as the default. Heck, at this point I’d celebrate some canon queer tangential characters, that’s how hungry I am for the studio to grow up and realize representation is more important, and likely more profitable, than hewing to an arbitrary timeline.

Diversity sells. Braver movies are better movies. The MCU has more potential and possibility than a 2025 ‘inclusivity due date’ would seem to imply, so what’s the hold up, buddy?