Yes, Guardians of the Galaxy‘s Nicole Perlman Wrote A Black Widow Script. But Marvel Has “A Lot On Their Plates.”

WWGD, Feige? What Would Groot Do? 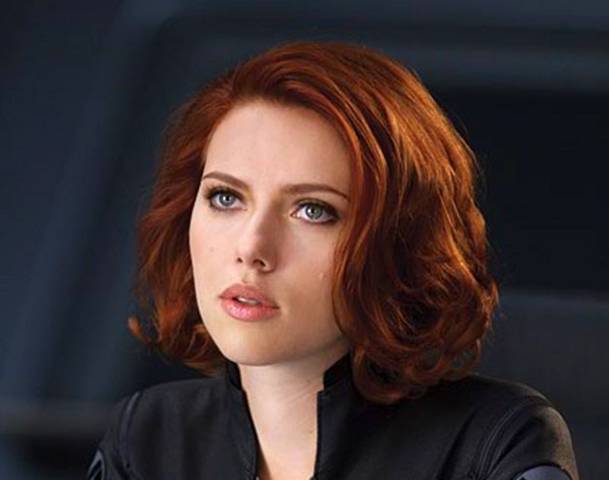 In yet another round of disappointing but unsurprising Marvel Studios updates, that rumored Black Widow treatment from Guardians co-writer Nicole Perlman does exist.  But are audiences any closer to seeing the “elusive” female-led MCU movie? You sweet summer children, Marvel is busy.

Nicole Perlman, the first female writer for a Marvel Studios movie ever, took to Twitter this week to clarify rumors about a possible Black Widow script:

Hey folks, before rumors get out of hand: I wrote a treatment for Black Widow in 2010/2011, but I am not actively developing it right now.

Also I can’t speak for how long it will be until we get a Black Widow movie. I hope soon, but I know that Marvel has a lot on their plates.

Hearing Marvel’s now go-to “we’re too busy for Natalia!” line from Perlman herself doesn’t really soften the blow of realizing how close and yet how far fans are from seeing a female-led movie from the studio, especially considering what a frequent refrain its become for Studios President Kevin Feige. Speaking to Comic Book Resources last week, Feige claimed that a female-led movie

…comes down to timing, which is what I’ve sort of always said, and it comes down to us being able to tell the right story. […] But we find ourselves in the very strange position of managing more franchises than most people have — which is a very, very good thing and we don’t take for granted, but is a challenging thing. You may notice from those release dates, we have three for 2017. And that’s because just the timing worked on what was sort of gearing up. But it does mean you have to put one franchise on hold for three or four years in order to introduce a new one? I don’t know. Those are the kinds of chess matches we’re playing right now.

Feige had already emphasized the importance of timing back in a July interview with ScreenCrush, saying that Marvel wouldn’t compromise its vision regardless of pressure from fans:

We’re not going to be swayed by the backlash. We’re going to keep bringing the movies out the way we envision it and the way we believe in it — and that includes diversity in all of the active films.

Unfortunately, Feige’s lip-service to diversity seems increasingly like too little, too late. I won’t make the “why would there be a movie with a sentient tree before a movie about a woman” argument since taking a risk on Guardians has clearly been rewarding for Marvel both financially and creatively–besides, Feige himself has admitted that the hold-up on a female-led movie has nothing to do with concerns over its success. However, I doubt that production on any of the male-led Marvel movies was preceded by so many caveats.

It’s hard to imagine timing for a female-led movie that would be more appropriate than now, when a spec script has already been penned by the writer of a wildly successful recent movie (Guardians, might I add, was the first Marvel Film ever to have a 40% female audience). But to hear Feige tell it, producing Black Widow involves consulting the stars, measuring one’s body temperature, and waiting for a flock of doves to roost on Marvel’s lawn and pronounce the world “ready.” But y’all don’t need a Farmers Almanac: the right time for a female-led movie was yesterday, regardless of Marvel’s plans for the “right story.”  If women had the representation we deserve in movies overall, Feige’s call for patience would have been identified as procrastination long ago–and if Marvel’s plate isn’t big enough to handle that, then something is fundamentally broken.