Unleash Your Inner Script Writer With What the Dub?! Multiplayer Party Game

After 2020 hit me, and the rest of the world, like an actual ton of bricks, I’ve gained a newfound love of multiplayer games. That’s not to say I didn’t enjoy them before, I just felt more of a need to have something that involved more than one player—and the sillier, the better, something with a low stakes, board game vibe where the main goal was to make the other person laugh.

Enter What the Dub?! A game for movie fans who look at a scene and immediately MST3K it to create new, more entertaining dialogue. Created by indie game developer Wide Right Interactive, the game is perfect for fans of the Jackbox series, particularly things like Quiplash and Mad Verse City. 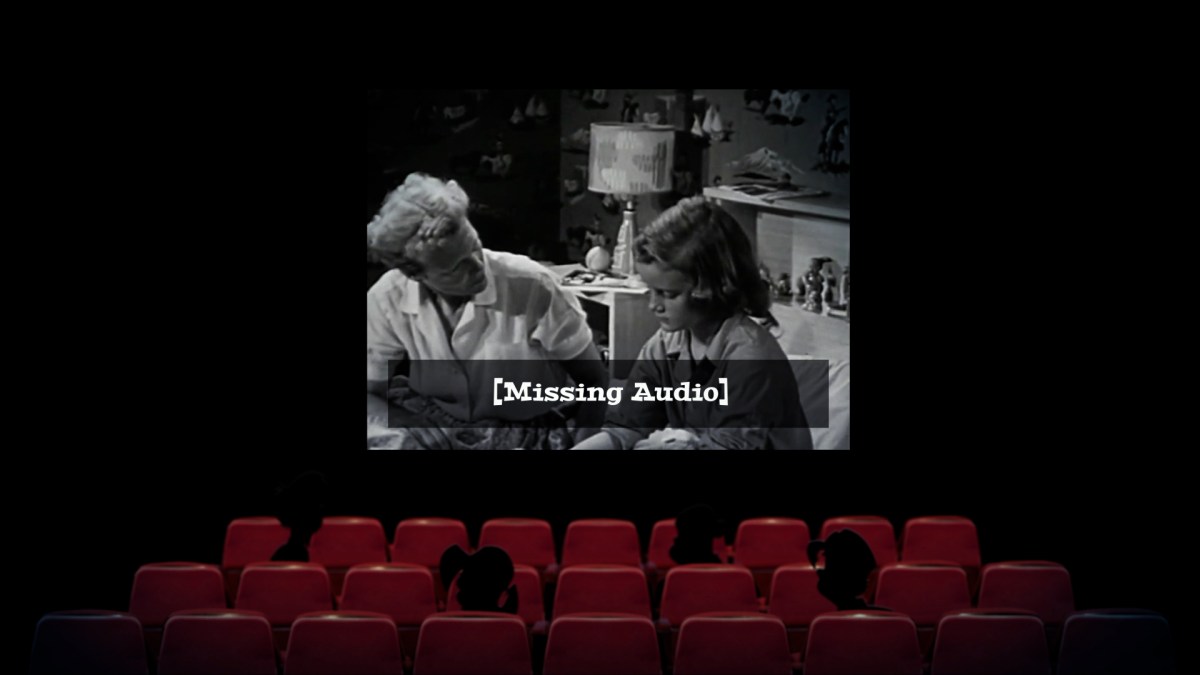 What The Dub?! is a multiplayer party game where each player overdubs missing dialogue from hilariously awful B-movies, woefully outdated PSAs, and bizarre industrial films, with their own witty (or just plain stupid) dubs. Their dubs are then pitted against other players in a head-to-head clash of comedy. The players – along with up to 6 audience members – then vote for their favorite dub! What The Dub?! takes “bad movie night” and expands it into an interactive, fast-paced, multiplayer game that friends and family, both local and afar, can enjoy!

What The Dub?! challenges players to produce the most humorous replacement dialogue for a vast collection of public domain movie clips. Win the crowd over with your dubs and you’ll rack up points. The player with the most points at the end of the game wins. It’s just that easy!

I got to check out the game and it’s as entertaining as it sounds. You need at least 3 people to play and up to 12 people can compete for the title of best dubber, at least, in the eyes of your friend group. Up to six players will enter their dubbed lines within the time limit with the other six serving as audience members who cast their vote.

Much like a Jackbox game, for local co-op, only one person needs to own the game, everyone else able to enter the game via their phone, tablet, or PC. Players will be instructed to go to a website and enter a room code so they can join in the fun. 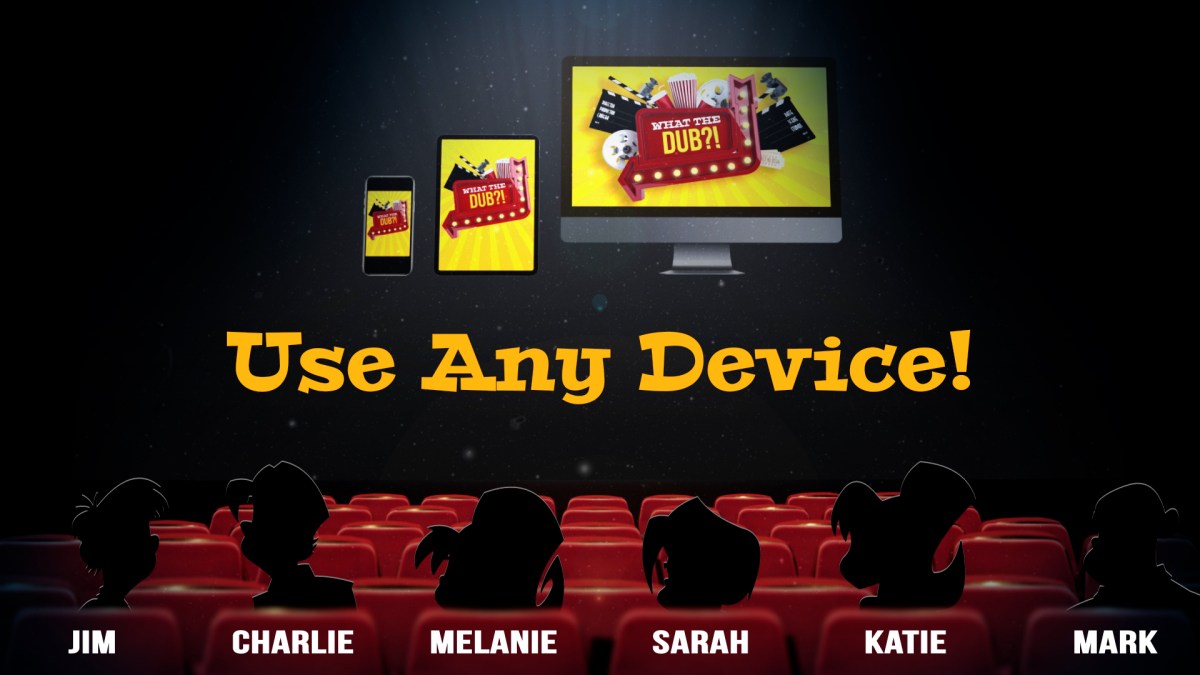 If you’re not able to play via local co-op, the developers recommend using Zoom’s share screen function. There are instructions on how to do that in their FAQ section.

The best part about the game is that you’ll hear your new dialogue spoken in the clip. Of course, the group I played with put in as many random words as possible just to see how good the pronunciation would be. Surprisingly, it was pretty spot on! The game managed to recite our random anime character names, and hearing digitized versions of LOL and LMAO is always fun.

What really cracked me up was the fact that you can turn profanity on or off. We played with it on because we’re a bunch of foul-mouth adults, but I’m curious what happens when you turn it off. Does the game censor all the profanity? What registers as profanity? Can you get away with saying profanity in different languages?

Sounds like I got a couple more movie game nights left in me. 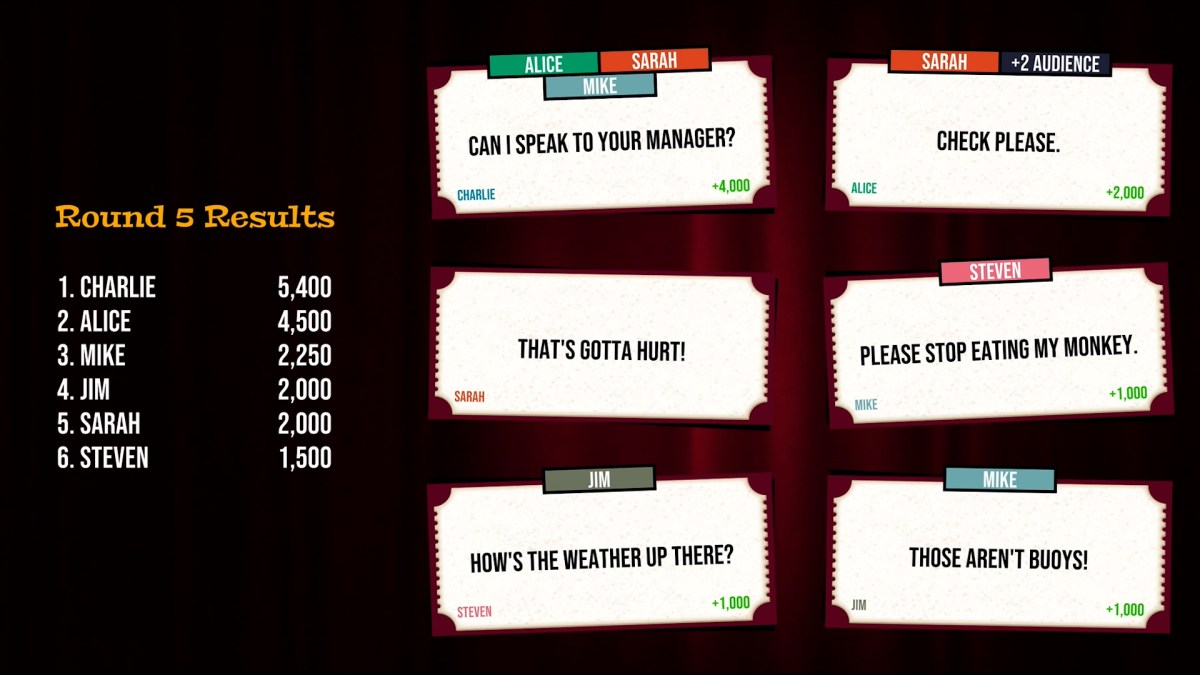 The clips used aren’t from anything I recognize, but I’m sure a crafty-eyed movie buff would be able to identify what’s on the screen. The game is good at picking just the right line for you to respond to, giving players a good amount of wiggle room for the kind of answer they want to give.

What The Dub?! was released today on Nintendo Switch, Microsoft Xbox One, Sony PlayStation 4, and Steam (PC/Mac) for $7.99. The game is also forward compatible with PlayStation 5 and Xbox Series X|S. If you buy the game this week you’ll get a 10% launch week discount.

If you’re looking for a fun, good-humored party game, What The Dub?! has got you (fill in the blank to dub in a line).