To Find Life on Other Planets, Scientists Will Look For… Hairspray? 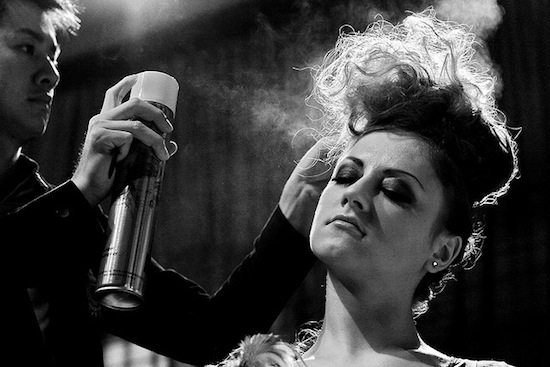 We’ve never been closer to finding life on other planets. It shouldn’t come as a surprise, but it’s an important fact to keep in mind when you think about what you’re about to read. In trying to figure out how the human race might be able terraform and live on other planets, scientists have discovered what may be the best way to detect whether intelligent alien species have been there before us. While it’s a technically advanced process and nothing scoff at, in the end scientists have decided that, from now on, they will make a concerted effort to look for signs of spray deodorant and hairspray on previously undiscovered worlds.

Confused? Let’s clarify the situation. Scientists from the Blue Marble Space Institute of Science, a non-profit coalition of space-minded scientific thinkers, have hypothesized that the easiest way for us to determine whether or not aliens have ever inhabited far-away planets is to look for signs of an artificial atmosphere. The idea stemmed from a fairly simple, but logical deduction; “If humans are looking for ways to alter a planet’s atmosphere to make it habitable for our species, then what’s to say that an alien race hasn’t already done so?”

So what do they look for, exactly? The group believes that artificial gases like chlorofluorocarbons (CFCs) would probably play some role in the terraforming process. As you might have guessed, most people already use CFCs in their everyday lives in aerosol-baed products like hairspray. Scientists think that, since CFCs aren’t created naturally, finding them on other planets would be a concrete sign that an alien race at least attempted to terraform there. CFCs could also be a sign that, like us, said aliens aren’t exactly eco-friendly.

Technically, there currently isn’t a device that can detect CFCs on other planets, so this is all theoretical for now. That said, the Blue Marble Space Institute has indicated that creating the technology isn’t a stretch. If we applied ourselves, humanity could be looking for intelligent life across the universe in about a decade. Of course, even once scientists are able to start looking, we’re still gambling on the fact that every form of intelligent life found a reason to make sure their hair stayed in place.