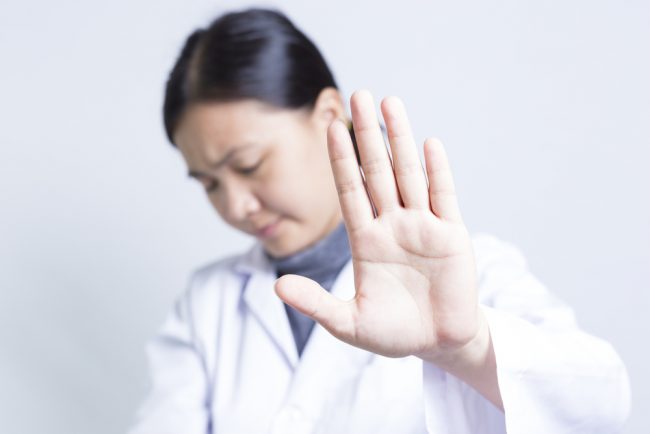 Medical professionals, feminists, and decent human beings have argued for years that weight discrimination is cruel and counter-productive, discouraging and ostracizing overweight and obese individuals. Now, a new study points out that it’s also detrimental to those individuals’ physical health. The study, published on March 7 in the peer-reviewed journal BMJ Open, found that individuals who feel they are being judged for their weight are less likely to exercise. As the study found, “perceived weight discrimination was significantly associated with almost 60% higher odds of being inactive and 30% lower odds of engaging in regular moderate or vigorous activity.”

Perhaps most damning for proponents of body shaming, people who reported weight discrimination were less likely to exercise regardless of their relative BMI.

Now, I don’t want to feed into the idea that we should only be decent to people if it will encourage them to conform to our culture’s bullshit body ideal. Weight discrimination is wrong regardless of what it encourages; I don’t care if people exercise more if they do it out of self-hate that will inevitably have other harmful consequences for them. However, I think it’s important that this study directly contradicts the “logical” justification I most often hear for body shaming and weight discrimination.

Proponents of weight discrimination often try to justify themselves by arguing that social pressure “motivates” overweight and obese people to lose weight and exercise. As far as the “lose weight” proposition goes, this suggestion that all overweight people need to lose weight is just body fascism that ignores the many, varied ways that “healthy” can manifest in the human body. As far as exercise, the assumption that overweight people don’t already exercise is just more discrimination. However, the benefits of exercise for your heart and overall health are undeniable at any size, so I can at least agree with the shamers that moderate, vigorous exercise is an actual goal–for the entire population.

And now this study shows that, for those individuals who aren’t exercising, weight discrimination discourages them from taking it up. Weight discrimination does the exact opposite of what its proponents say it does–and that’s something I’m glad to be able to hit them over the head with.

All this said, and as much as I believe the results of this study to be true, it should be noted that BMJ Open isn’t one of the industry’s most prestigious journals, with an impact factor of 2.271, compared to something like Nature‘s 38.183. (Impact factor in and of itself is not a perfect measure of a journal’s quality, though.) This study is also, by its own admittance, the “first study to examine the relationship between weight discrimination and physical activity in a large population sample,” and study results are most trustworthy when they are repeatable. Previous studies on this topic, in smaller populations, have produced mixed results. (For more on this, read the study’s discussion section.) Until we see these results repeated in a number of other studies dealing with a similarly large population, we can’t treat them as a broad, rock-solid scientific consensus.

We can still, however, treat the call against body shaming as a moral consensus with a growing body of scientific evidence to back it up. No one gets to demand dozens of scientific studies before correcting their shitty behavior.

(Via LiveScience; image via Shutterstock)